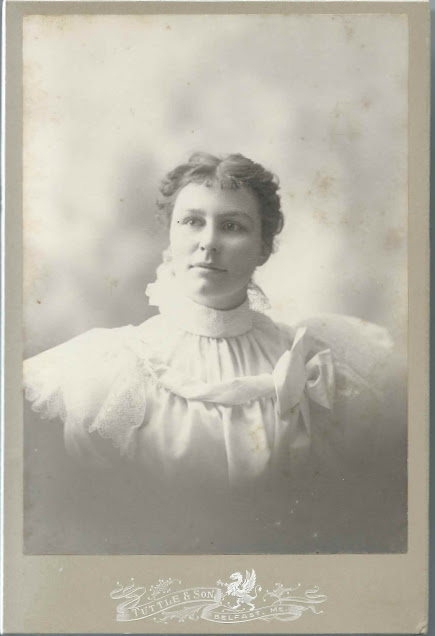 Photograph taken on the occasion of the 1898 graduation of Gertrude Gray of East Surry, Maine, from Eastern State Normal School.  The photograph was taken by the Tuttle & Son studio at Belfast, Maine, presumably at its Castine, Maine, branch. 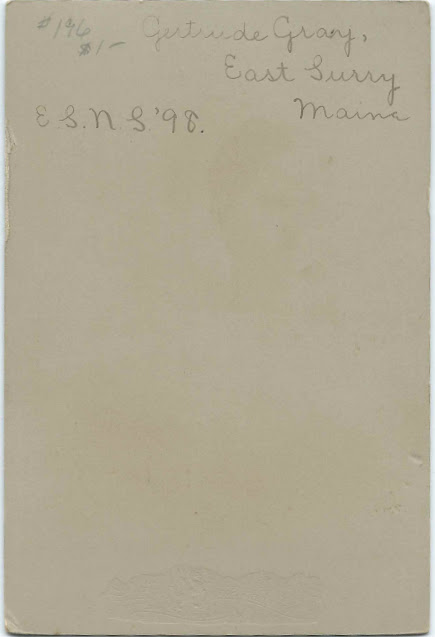 I'm guessing that she was the Gertrude Gray born at Surry, Maine, on March 6, 1874, daughter of Joseph Gray and Adelia Maria (Bartlett) Gray.  She was working as a teacher at the time of the 1900 Census, where she and her sisters were listed in the household of her parents at Surry, Maine.  She then moved to the West Coast and married Clarence Atherton Moore about 1905 in Seattle Washington.  They had at least two children.  Gertrude died in California in 1956.

There was at least one other woman in the general area named Gertrude Gray in that same time frame, but she doesn't tick off as many boxes as the Gertrude described in the paragraph above.
If you feel that Gertrude Gray was someone other than the daughter of Joseph and Adelia Gray, please leave a comment for the benefit of fellow researchers.