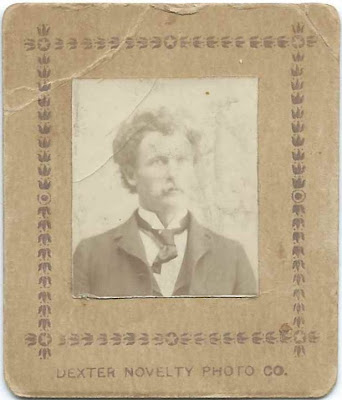 Circa 1900 photograph of Ulysses G. French of Garland, Maine.  The photograph was taken by the Dexter Novelty Company of Dexter, Maine.

I'd like to call him Ulysses Grant French but haven't yet seen a record that spells that out, though the timing of his birth, not long after the end of the Civil War, makes the name seem especially plausible. 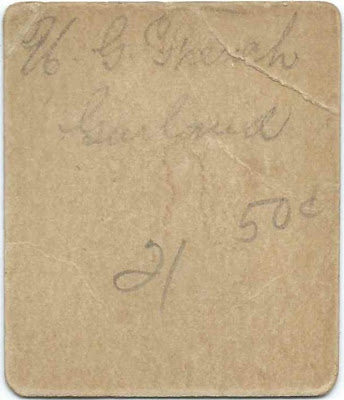 Posted by Pam Beveridge at 2:39 PM