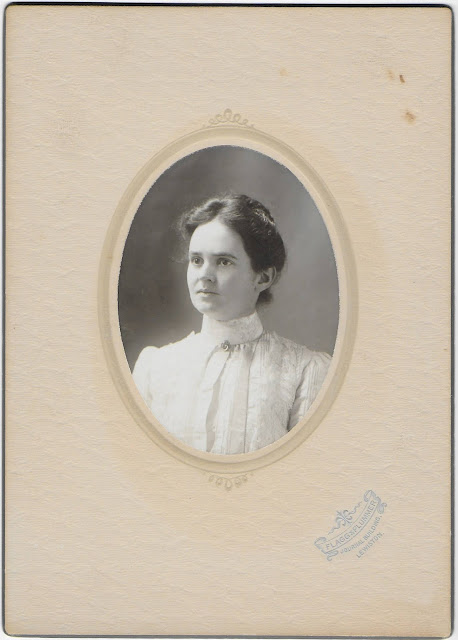 Photograph of a young woman identified on the reverse as Lilla Clifford. The photograph was taken by the studio of Flagg & Plummer of Lewiston, Maine. Lilla may have been Lilla Maude (Maxwell) Clifford Larrabee (1871-1949), born 3 May 1871 in Webster, Maine (now part of Sabattus, Maine), the daughter of John Wesley Maxwell and Clara Frances (Moulton) Maxwell.

Lilla and Owen are buried in the Valley Cemetery in Greene, Maine, as is their son Franklin Richard Larrabee (1909-2001).