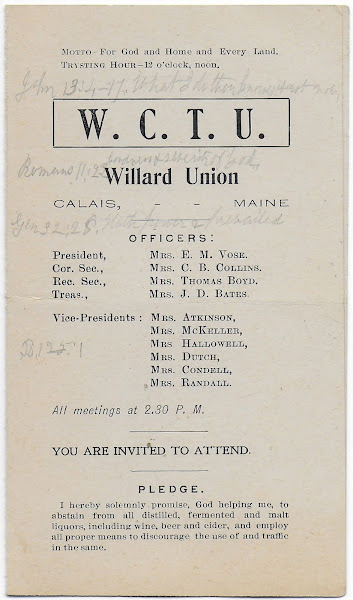 1905/1906 program for the Women's Christian Temperance Union, W.C.T.U., at Willard Union in Calais, Maine.
Willard Union was presumably named in honor of Frances Elizabeth Willard (1839-1938), educator and temperance reformer.
One piece of cardstock folded once into final dimension of approximately 6-1/4" by 3-1/2".  Handwriting appears on all panes.
Officers: 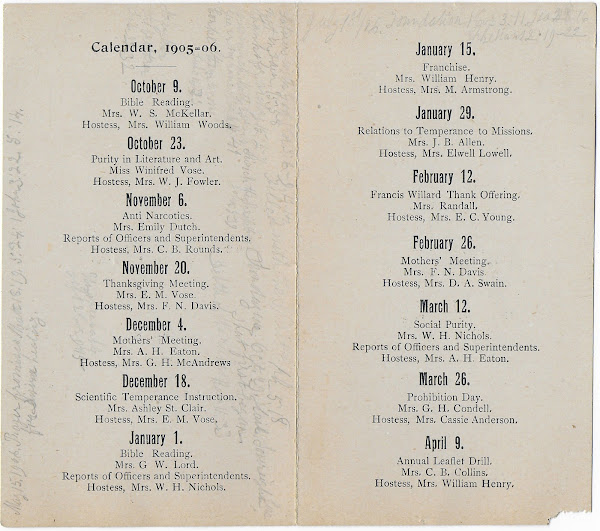 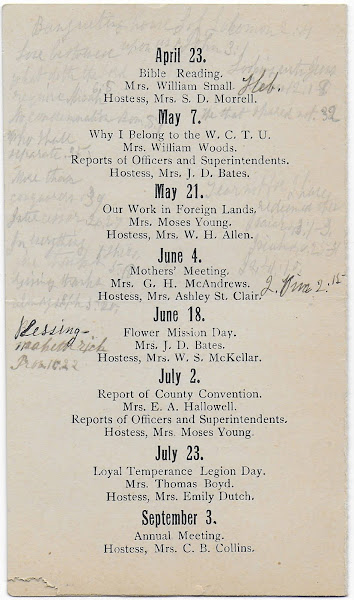 Names above:
If you can identify any of the women mentioned, please leave a comment for the benefit of other researchers.
Posted by Pam Beveridge at 8:42 AM