1892 Photograph of a Young Man IDed on the reverse as A. E. Colby of Lewiston, Maine 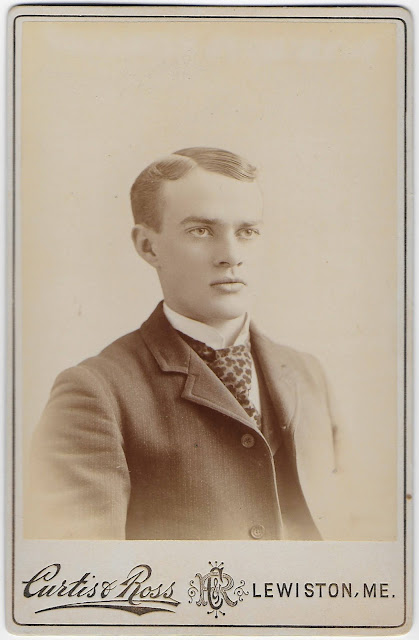 Photograph, dated January 22, 1892, of a young man identified on the reverse as A. E. Colby of Lewiston, Maine.  The photograph was taken by the studio of Curtis & Ross of Lewiston. 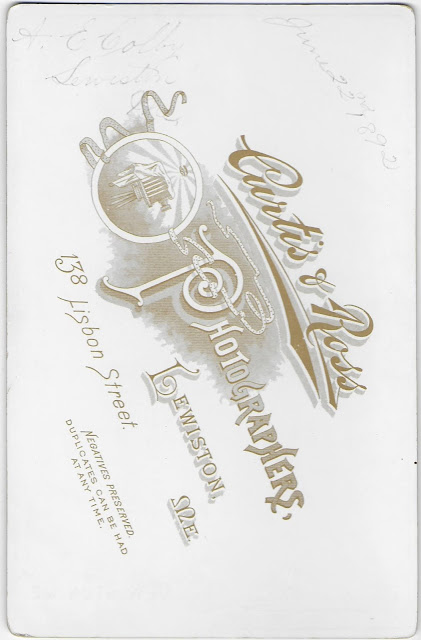 By the time of enumeration of the  1900 Federal Census, Arthur was living in Waterbury, Connecticut, with wife Alice and two boarders with the surname Coe. Arthur and Alice would have at least one child, son Arthur Calvin Colby.

Arthur Edward Colby is buried in Old Pine Grove Cemetery in Waterbury, Connecticut.  I didn't see a listing for Alice with him, but she may be buried there as well, or perhaps she moved away or married.  Their son Arthur is buried in Florida.

If you have information to share on any of the people mentioned here, please leave a comment for the benefit of other researchers.