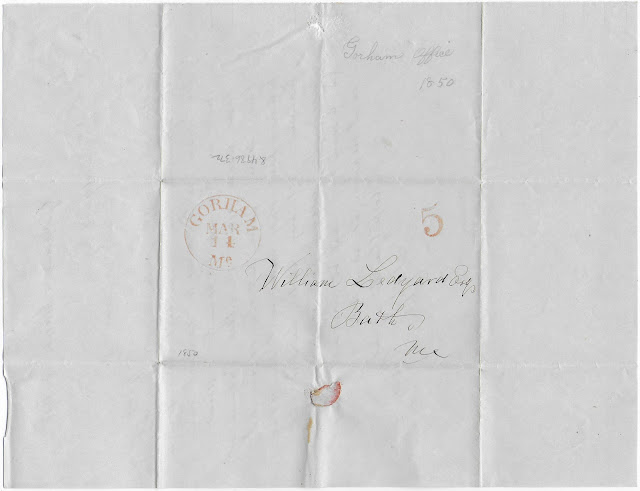 1850 Letter from ? Pierce mailed from Gorham, Maine, to William Ledyard, Esq., in Bath, Maine.
A transcription appears at the end this post. 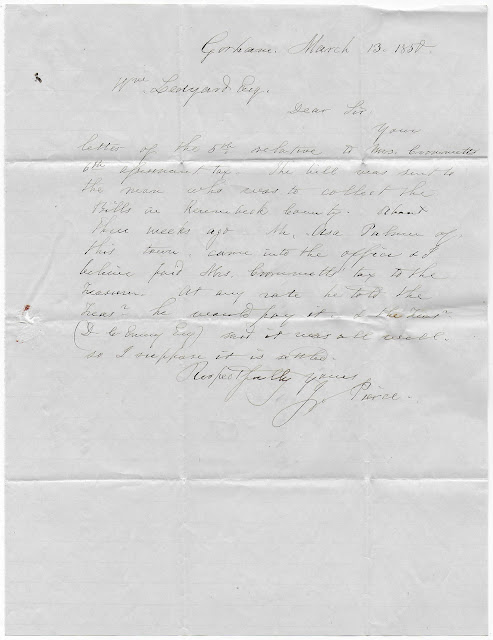 The letter concerns whether or not Mrs. Crommett's tax assessment has been paid

If you have information to share on any of these people, please leave a comment for the benefit of other researchers.
Transcription
Gorham, March 13, 1850
Wm Ledyard Esq.
Dear Sir
Your letter of the 5th relative to Mrs. Crommetts 6th assessment tax. The bill was sent to the man who was to collect the Bills in Kennebeck County. About three weeks ago Mr. Asa Palmer of this town came into the office & I believe paid Mrs. Crommett's tax to the Treasurer.  At any rate he told the Treasurer he would pay it & the Treasurer (D. C. Emery Esq) said it was all well, so I suppose it is settled.
Respectfully yours
? Pierce
Posted by Pam Beveridge at 9:13 AM