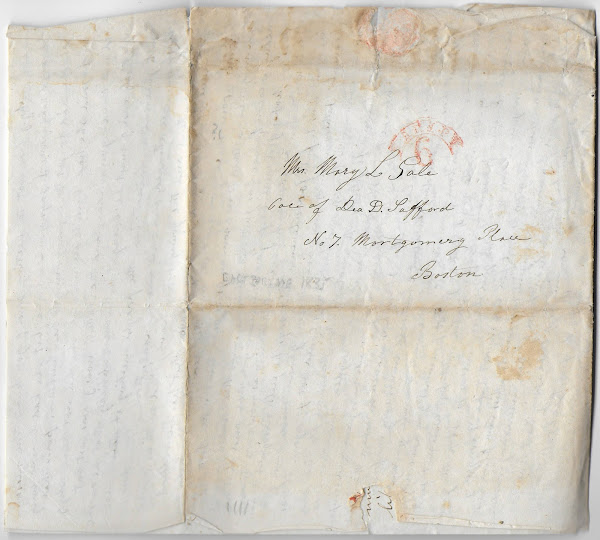 October 7, 1835 letter from Elizabeth Waldron in Eastport, Maine, to Rev. Wakefield Gale (1797-1881) and Wife Mary Louisa (Bigelow) Gale (1806-1861) in Boston, Massachusetts.
The Gales were staying with Mary's sister Ann Eliza (Bigelow) Safford (1802-1874) and brother-in-law Deacon Daniel Safford (1792-1856) at 7 Montgomery Street in Boston.
The letter hints of the displeasure of some in town with Rev. Gale, with Elizabeth stressing her loyalty to him. According to a bio on his FindaGrave Memorial, Rev. Gale was dismissed from his pastorate in November of 1835, a month after Elizabeth started her letter.  Elizabeth mentions Rev. Gale's future return to Eastport, but perhaps he intended to return only to settle his affairs there.
A transcription appears at the end of this post.
See other letters regarding Rev. Gale:
There were two women named Elizabeth Waldron in Eastport, Maine, during this time, according to FindaGrave memorials, both born in 1786 and born dead in the same year as well, 1874.
They are:
People mentioned in the letter - some multiple times
If you have a theory as to the identity of Elizabeth Waldron or any of the other people mentioned, please leave a comment for the benefit of other researchers. 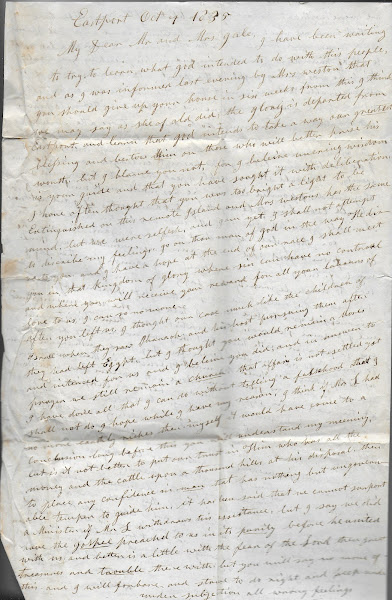 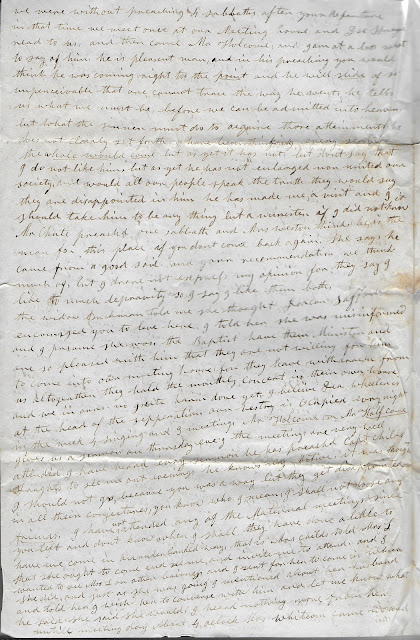 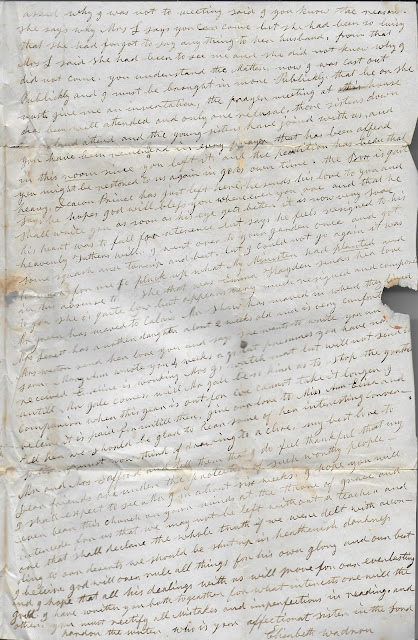