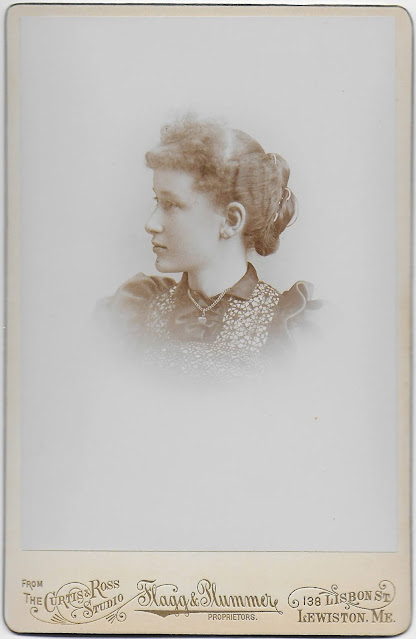 Photograph, dated January 28, 1894, of a young woman identified on the reverse as Blanche Scribner of Lewiston, Maine. 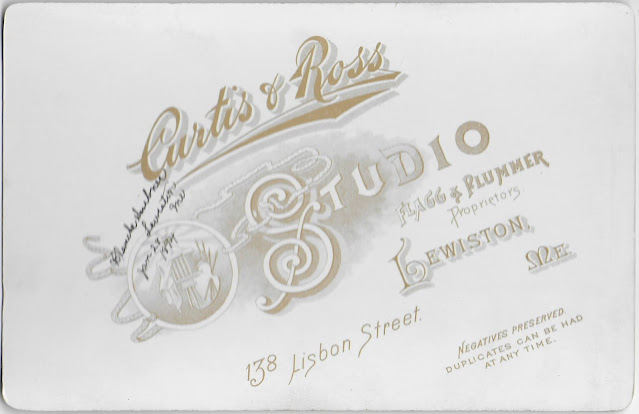 She was, presumably, Blanche Scribner (1869-1928), a native of Lowell, Massachusetts, daughter of Samuel Bucknell Scribner and Hannah Elizabeth (Hill) Scribner. Blanche and Albert Leroy Murch (1869-1917) declared their Intention to Marry on November 8, 1898.  They married on November 16, 1898.

They lived in Lewiston, Maine, and had three children, one of whom died young. Albert worked as a paymaster at a cotton mill and, according to an article in the Lewiston Sun of 1915, was then chairman of the school committee.

Blanche and Albert are buried in the Riverside Cemetery in Lewiston, Maine, with their young son Leroy Scribner Murch.