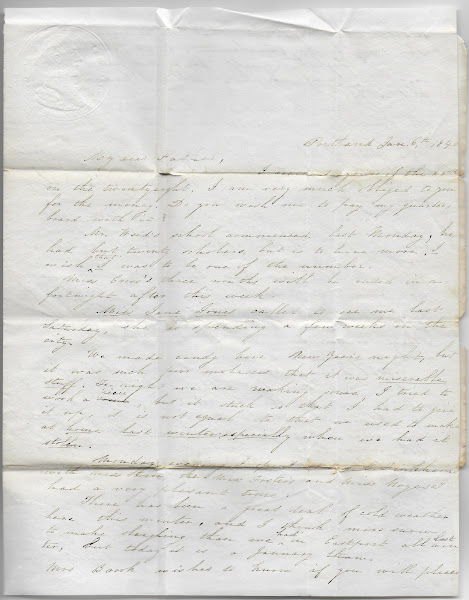 January 6, 1840 letter from Mary Lydia Richardson (1823-1907), studying or seeking a school in Portland, Maine, to her father Dr. Erastus Richardson (1794-1855) in Eastport, Maine.
Another post features a letter with mention of Dr. Erastus Richardson:
A transcription of Mary's letter appears at the end of this post.  If you have information to share on any of the people mentioned in the letter, please leave a comment for the benefit of other researchers. 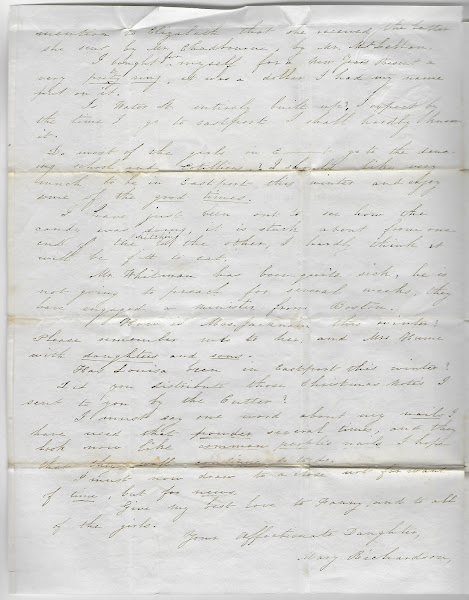 Mentioned in the letter: - hopefully readers can fill in the blanks 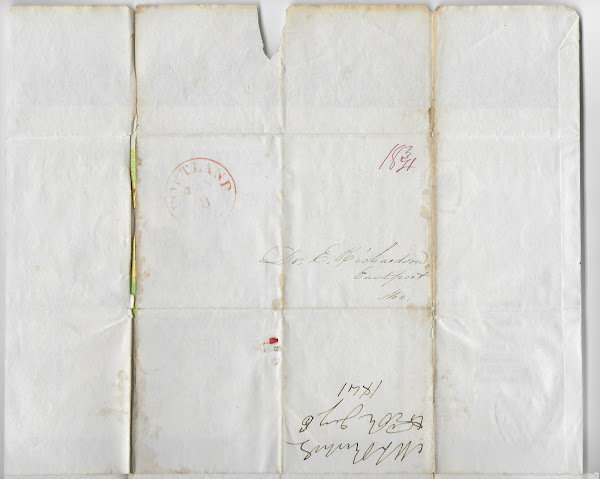 Posted by Pam Beveridge at 7:07 AM