1853 Letter from William, Traveling to Eastport, Maine, to Wife Mary in Boston, Massachusetts, area; Searching for "Family" of Caretakers 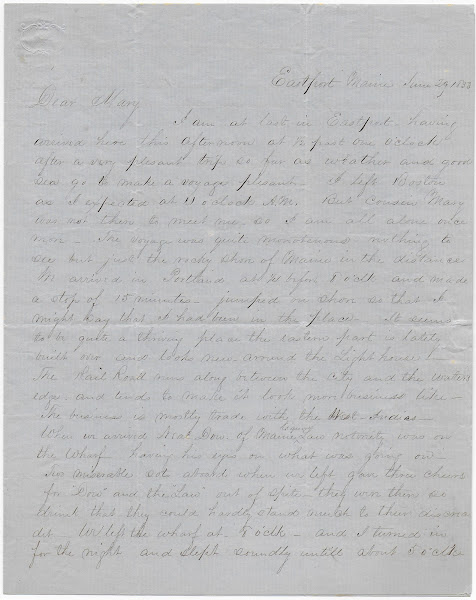 Letter dated June 29, 1853 from William, visiting at Eastport, Maine, to his wife Mary, with daughter Ella, back home, presumably in the Boston, Massachusetts, area.
William, who is on a mission to procure a "family" to help his household at home, is not impressed by the rocky aspects of the Maine coast.  If he can't find a "family", he will have to consider some single girls.
Transcription at the end of this post - any corrections gratefully received, as well as theories as to William's identity.
Another guest at the Mabee Hotel where William is staying has this advice: go to "Prince Edwards Island", as there are an abundance of such families who have nothing to do - and are of Scotch descent.
People and places mentioned in the letter:
One of Dr. Richardson's interesting observations was that there was a good deal of Aristocratic feeling in the place and the ladies consisted of two classes. The parlor and the kitchen girls no medium - poor & proud and how they contrived to get a living and comfortable support was more than he could tell. 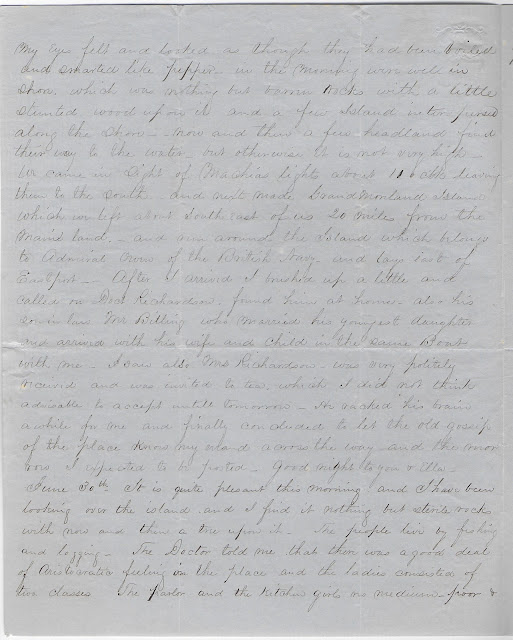 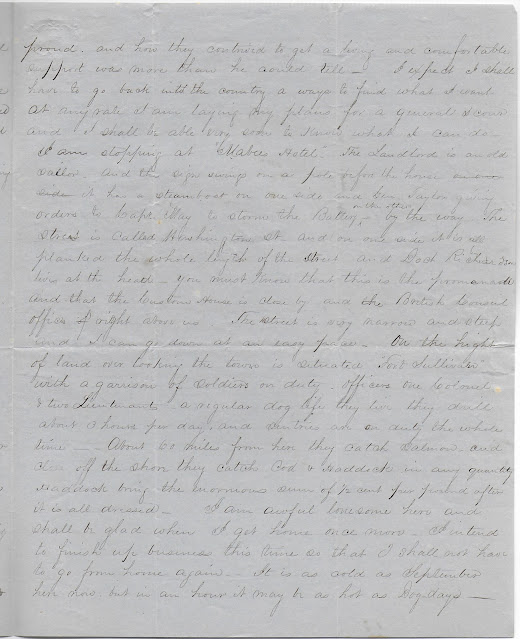 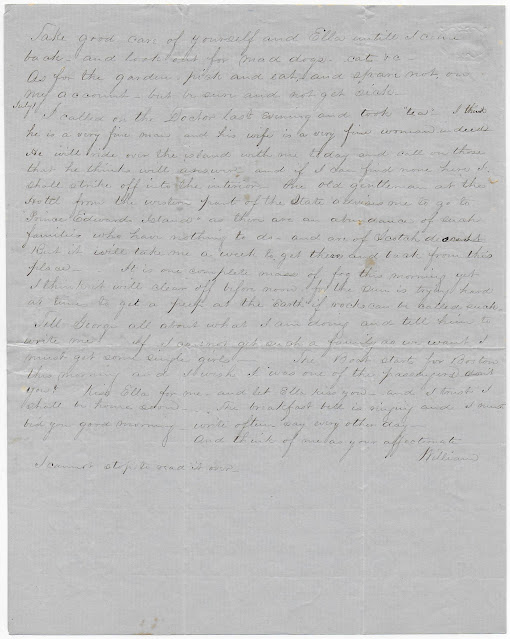