1893 Photograph of a Young Man IDed on the Reverse as Frank Farrington of Lewiston, Maine 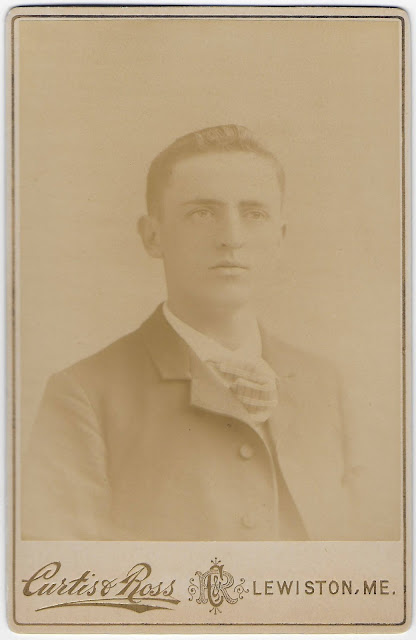 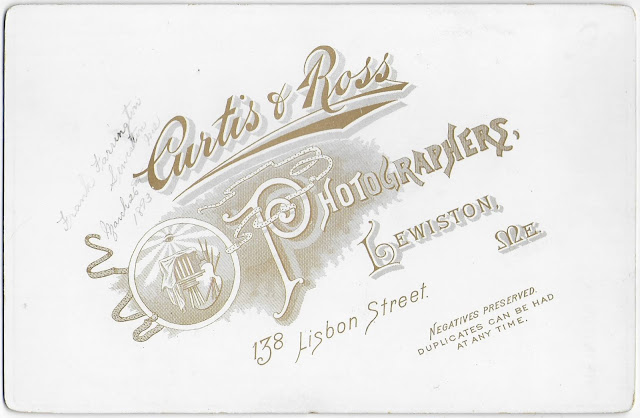 He may have been the Frank P. Farrington (1870-1939) who was born 19 July 1870 at Alton, Maine, son of Jesse Farrington and Julia Abigail (Weymouth) Farrington. Frank married Grace J. Railey [or Bailey] in Lewiston, Maine, in 1893. This Frank later moved to Oregon, where he died in 1939. Frank and Grace divorced after 1900, and Frank subsequently married Ellen L. Van Patten, who is shown as his wife in the 1910 Census of Salem, Oregon.
If you have a theory as to the identity of the Frank Farrington depicted in the photograph, where he is Frank P. Farrington or not, please leave a comment for the benefit of other researchers.
Posted by Pam Beveridge at 9:45 AM