c1900 Photograph of Jimmy Raeish, "friend of Carl Ross"; by a studio in Calais, Maine 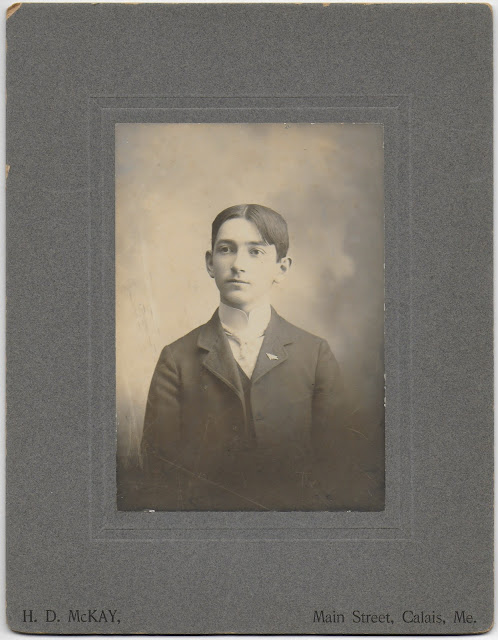 c1900 photograph of a young man identified as "Jimmy Raeish, friend of Carl Ross". The photograph was taken at the studio of H. D. McKay of Main Street, Calais, Maine. 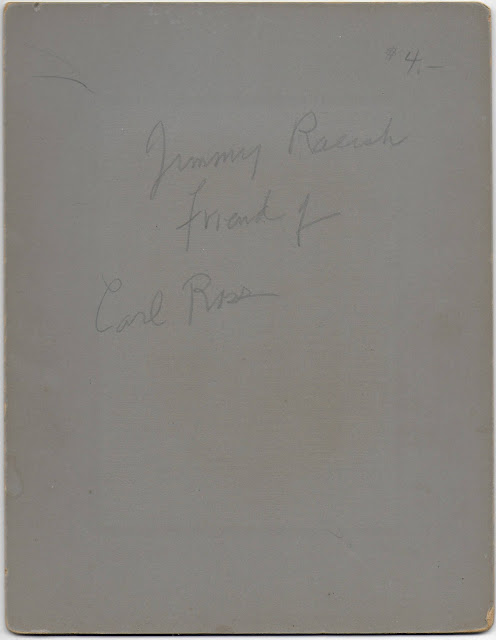 James Albert Raeish (1884-1929) was born  in Auburn, New York, son of Albert Raeish and Ada (Lyon) Raeish. The 1900 Federal Census of Calais, Maine, shows that James was living there with his mother and father, who was working as an electrician.

In 1910 in Oregon, James, by then an attorney, married Melva Jane Johnson, a native of Saint John, New Brunswick.  She was the daughter of Margaret Gertrude (MacLellan) and John M. Johnson, who moved the family to Calais, after Margaret's death.

The MacLellan connection between Melva and Eva presumably explains how James and Melva came to meet.

Melva died in 1950 in California. It appears that James married twice after that. He died in 1974 in Alameda, California.

If you have information on any of these people, please leave a comment for the benefit of other researchers.

Posted by Pam Beveridge at 9:06 AM