Diary of Events of 3 Weeks Following Bombing of Pearl Harbor in December 1941 - presumably kept by a Young Woman from Perry, Maine 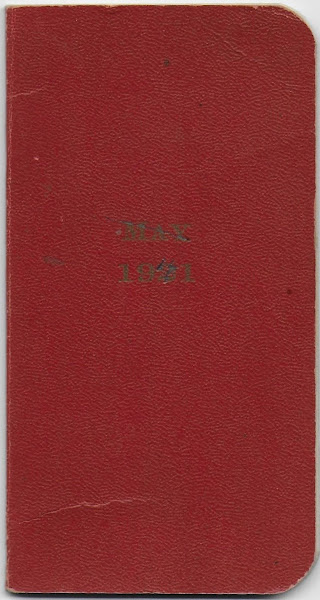 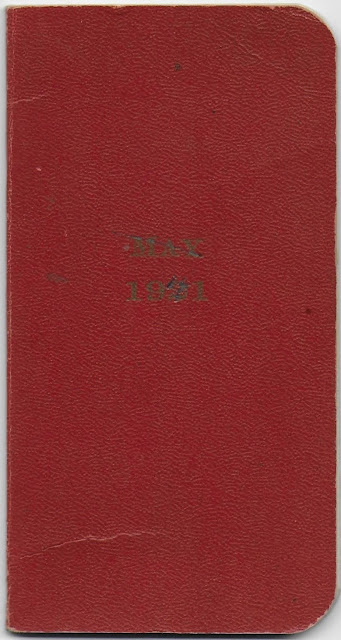 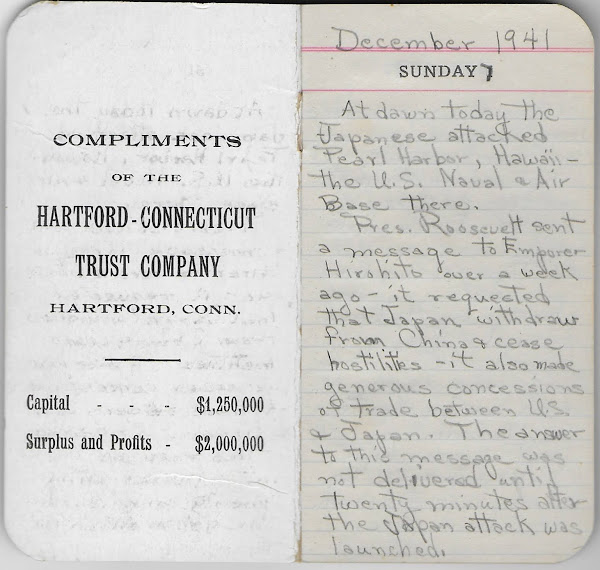 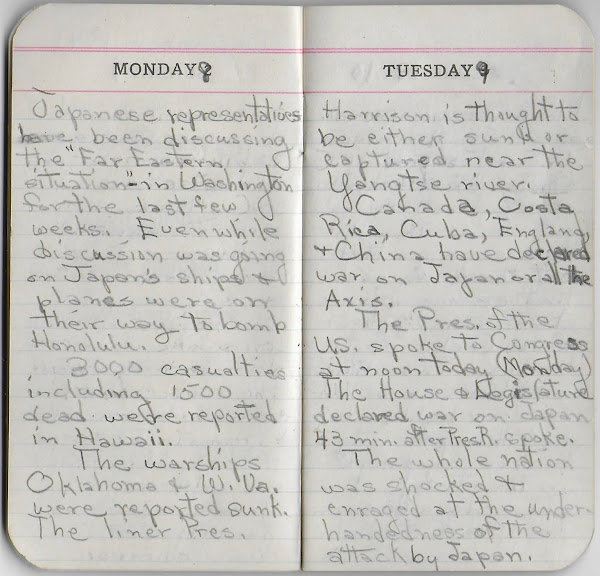 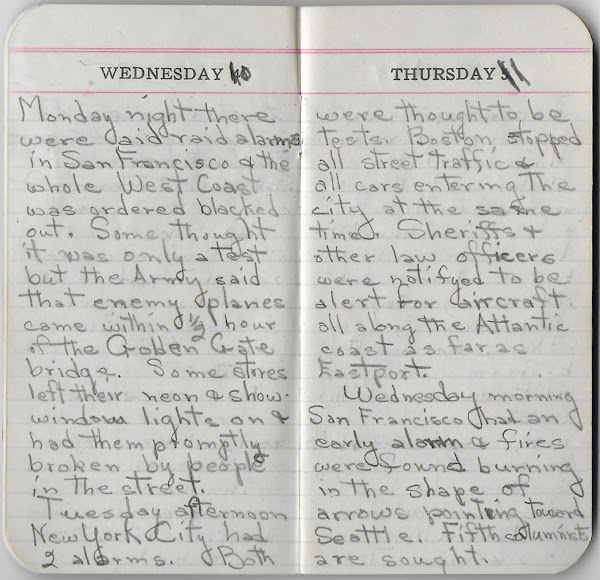 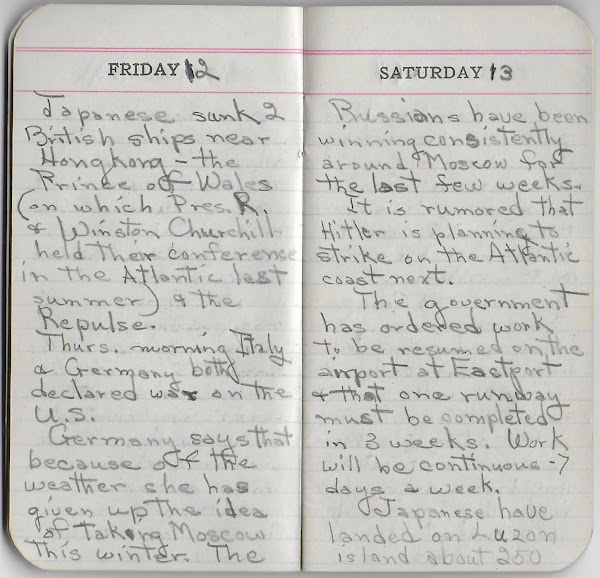 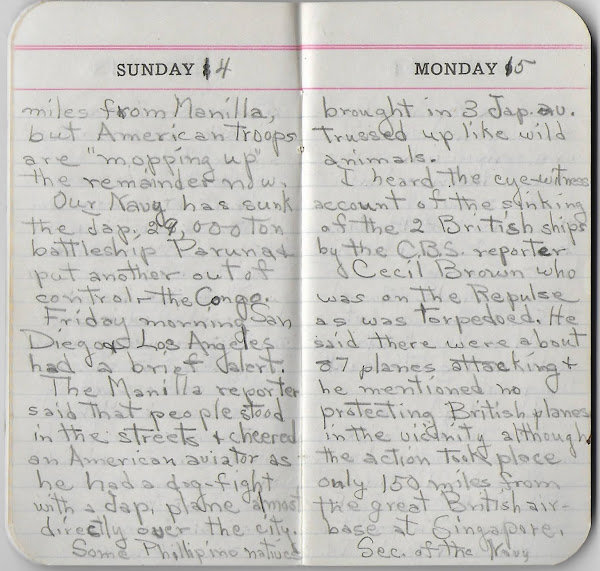 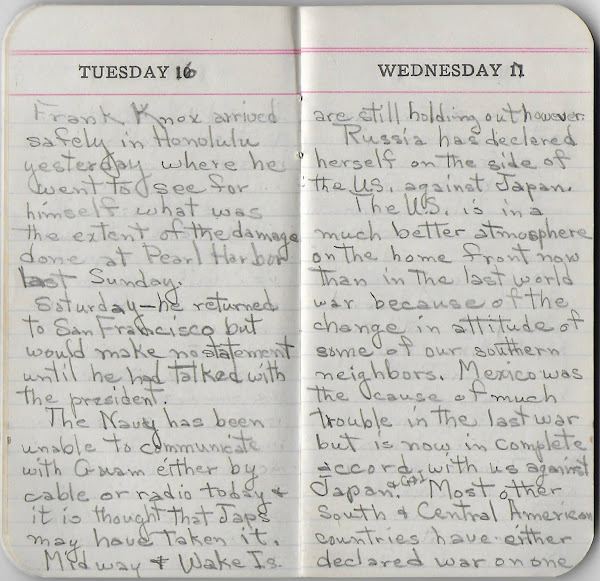 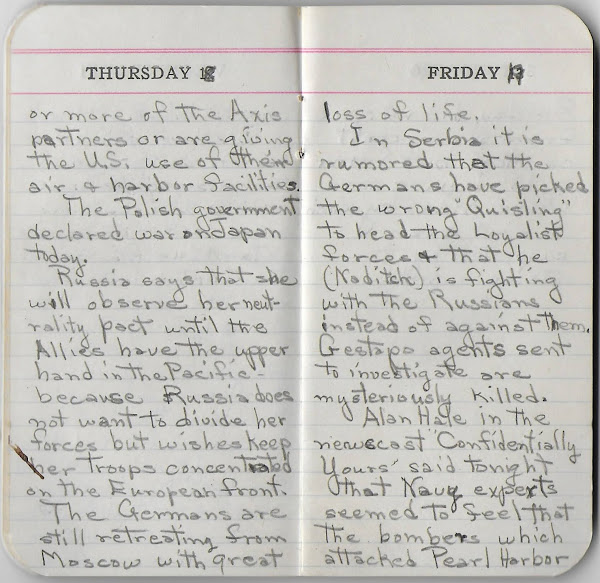 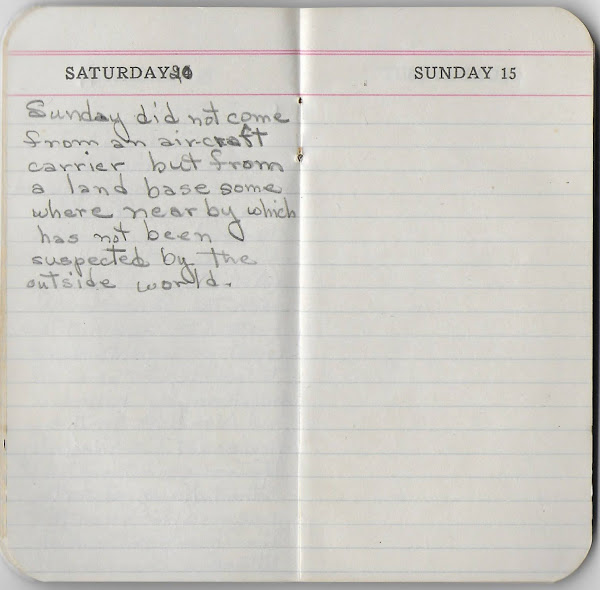 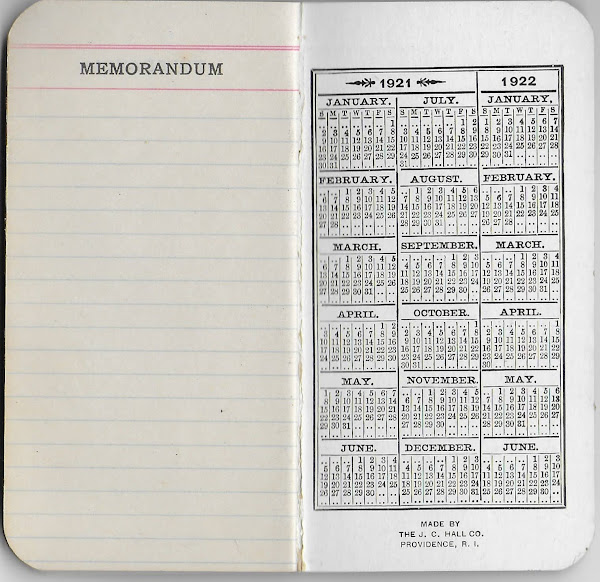 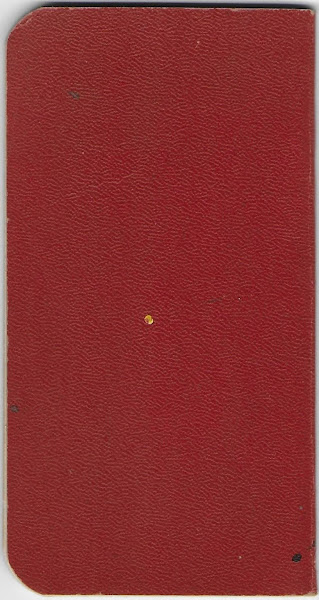 Posted by Pam Beveridge at 9:49 AM