1893 Photograph of a Young Man IDed on the Reverse as Herbert Fowler of Lewiston, Maine 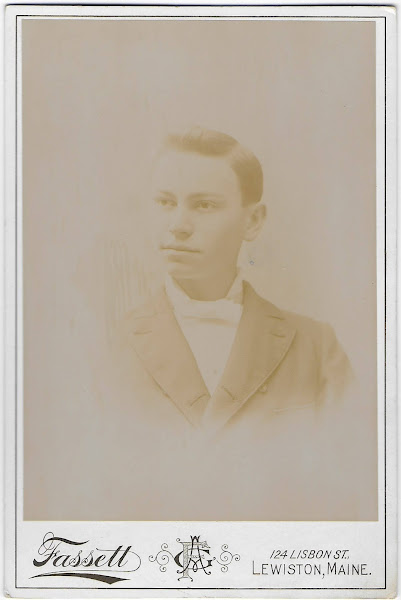 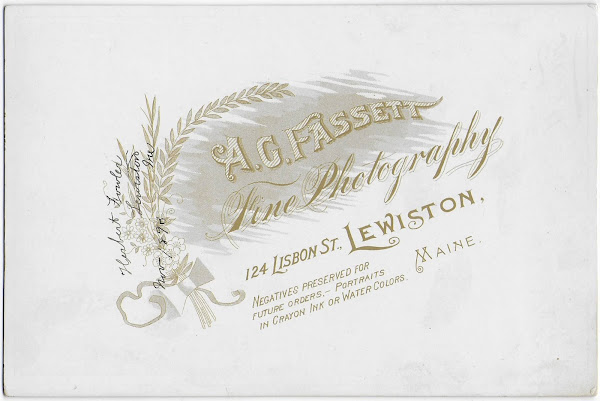 Herbert may have been the Herbert M. Fowler listed in an 1893 Lewiston, Maine, city directory, as living at 81 Bartlett Street and working in an office.
Perhaps he was the Herbert Milton Fowler (1874-1932), who came to New England in the early 1890s, if he stopped for a time in Lewiston, Maine, before moving on to the Massachusetts.
From "History of Aleppo Temple, Ancient Arabic Order Nobles of the Mystic Shrine, (Vol. 2)" 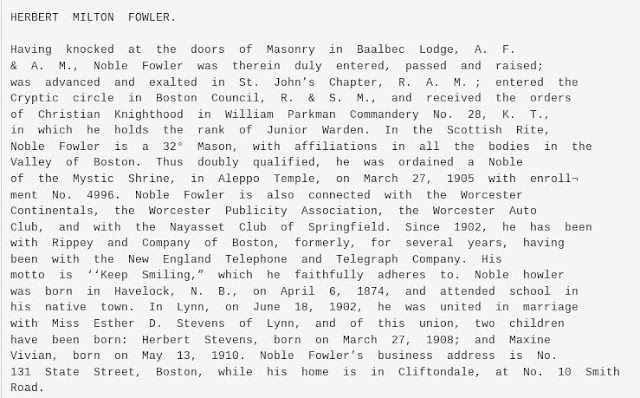 If you have a theory as to the identity of the Herbert Fowler who was in Lewiston, Maine, in 1893, please leave a comment for the benefit of other researchers.

Posted by Pam Beveridge at 8:08 AM