1864/1865 Payments on Behalf of Family in Robbinston, Maine, of Civil War Soldier John Taylor; in 1860s/1870s Ledger of Financial Transactions of Robbinston 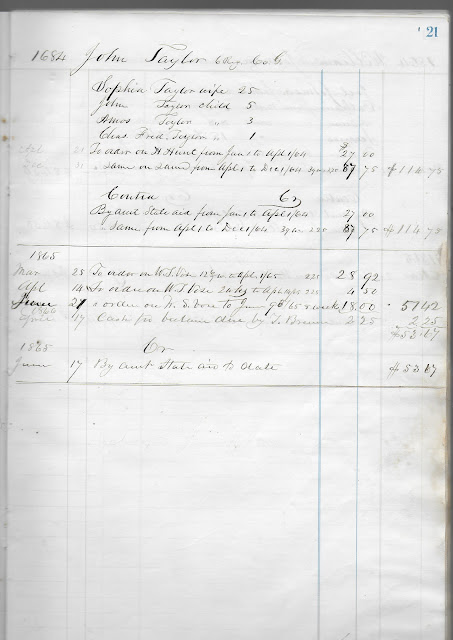 Found on numbered page 21 in a ledger of Robbinston, Maine, financial transactions from the mid 1860s to the 1870s.

From a record in the Civil War Soldiers index in the Maine State Archive Collections:

The 1870 US Federal Census shows that John and his growing family moved to a farm at nearby Pembroke, Maine, after the war.

If you have information on the family of John Taylor, please leave a comment or contact me directly.