1864 Payments On Behalf of Family in Robbinston, Maine, of Civil War Soldier Charles E. Taylor; in 1860s/1870s Ledger of Financial Transactions of Robbinston 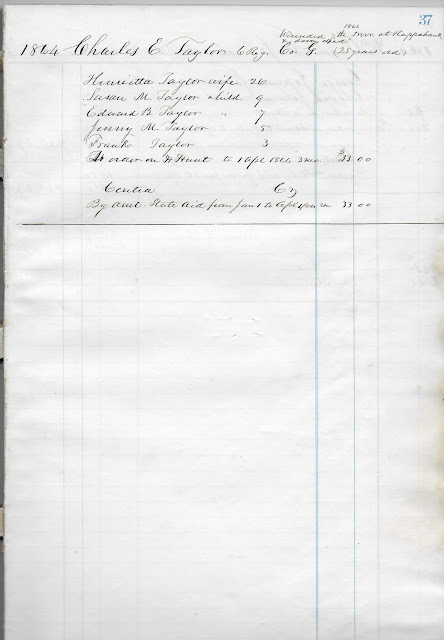 Charles E. Taylor, age 25; then serving in Company G of the 6th Regiment; payments made in 1864 on behalf of wife and children in Robbinston, Maine.

Found on numbered page 37 in a ledger of Robbinston, Maine, financial transactions from the mid 1860s to the 1870s.

After Charles' death, Henrietta remarried and moved to Pembroke, Maine.

If you have information on the family of Charles E. Taylor, please leave a comment or contact me directly.