1864 Payments On Behalf of Family in Robbinston, Maine, of Civil War Soldier Philip H. Andrews; in 1860s/1870s Ledger of Financial Transactions of Robbinston 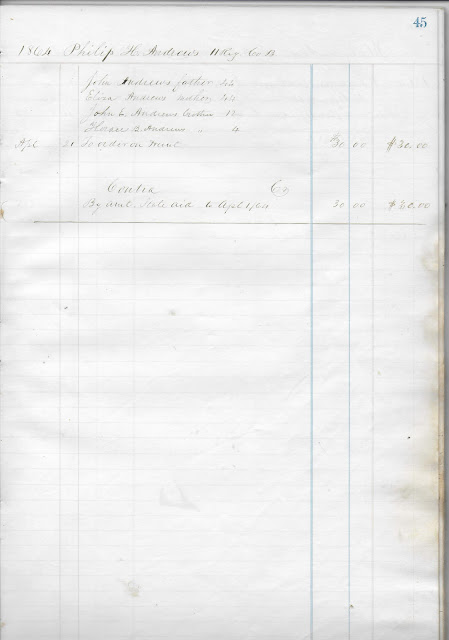 Philip H. Andrews; then serving in Company B of the 11th Regiment; payments made in 1864 on behalf of his family in Robbinston, Maine.

Found on numbered page 45 in a ledger of Robbinston, Maine, financial transactions from the mid 1860s to the 1870s.

1870 - by 1870, Philip and Addie had moved to East Saginaw, Michigan, where their son Seth Edgar Andrews was born on 10 January 1870.  Philip was working as an insurance agent.

If you have information on the family of Philip H. Andrews, please leave a comment or contact me directly.