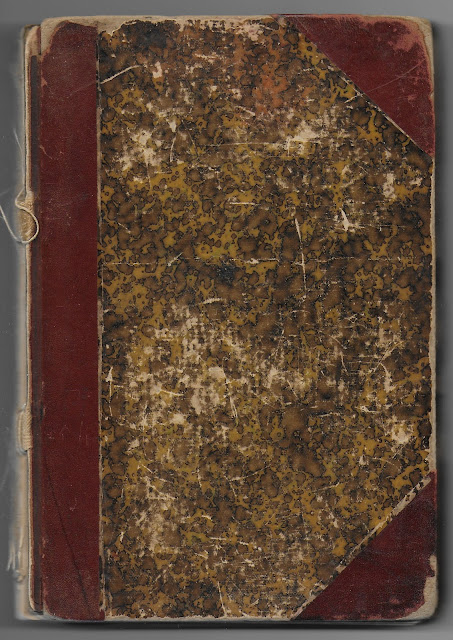 Pages 116-120 relating to the Alexander family of Harpswell, Maine, in a manuscript genealogy of William Willson (about 1750-1801), also seen as Wilson, his descendants and related families of Harpswell and Saint George, Maine.

A page of Clark and Wilson genealogy is included, but not the more extensive record found on pages 160-173, featured in another post.

As noted above, this post features pages 116-121 of the manuscript, shown below, with transcriptions.  You'll have to untangle run on sentences and pronoun antecedents as best you can and validate your interpretations through other sources. 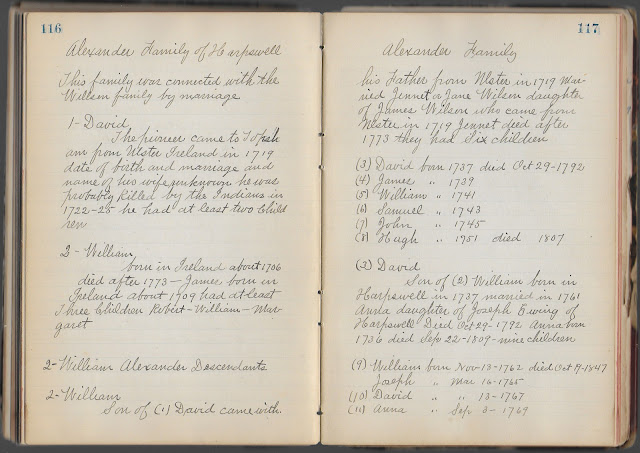 This family was connected with the
Willson family by marriage. 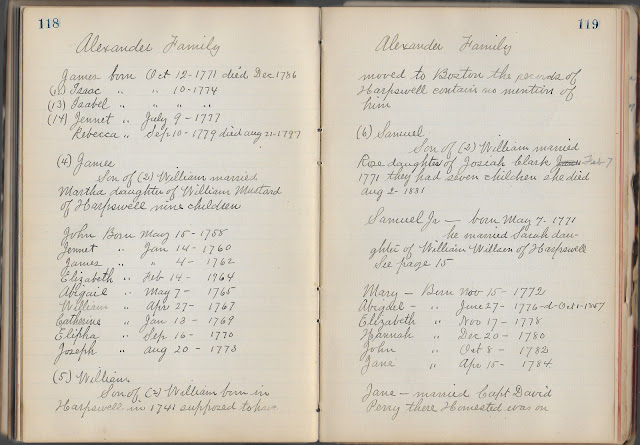 Jane - married Capt. David
Perry there Homested was on 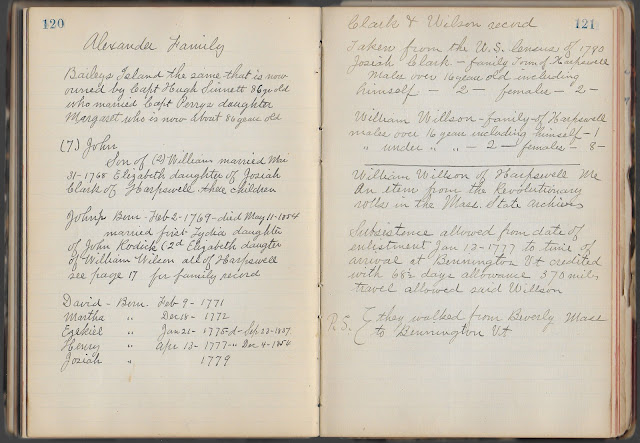 William Willson of Harpswell Me
An item from the Revolutionary
rolls in the Mass. State Archives

P.S.  (They walked from Beverly Mass
(to Bennington Vt

If you notice transcription errors or have information on any of the people mentioned above, please leave a comment or contact me directly.