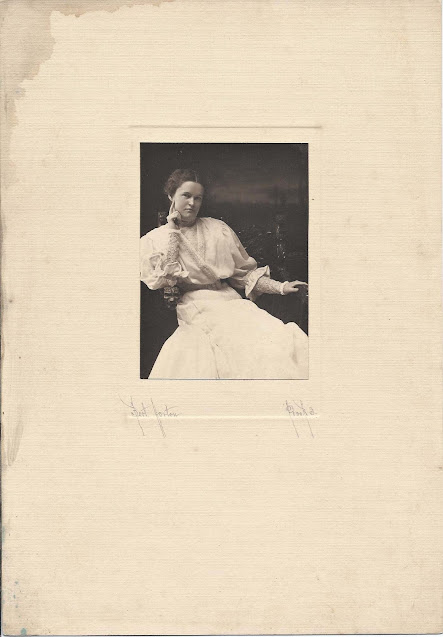 1905 graduation photograph of Mary Alice Carpenter, a student at Technical High School at Providence, Rhode Island.  She is presumably the Mary A. Carpenter who enrolled at Rhode Island School of Design the following year. 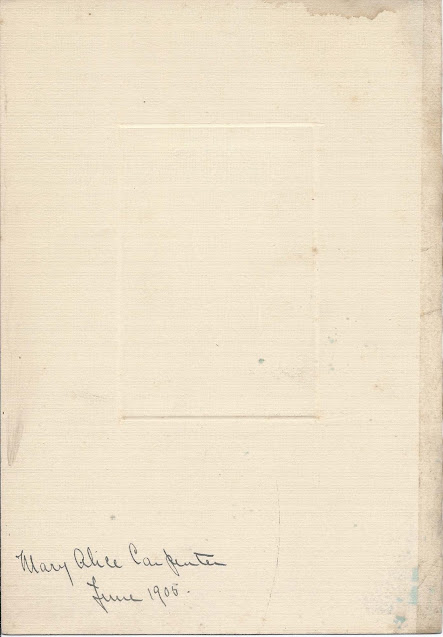 The photograph is 4" by 3"; mounted, the it measures 10" by 7".  It was found with 15 other photographs of graduates of the Class of 1905 at Technical High School.  Most of the photographs were taken at the studio of Edgar K. Horton at Providence, Rhode Island.  This photograph is signed Bert. Horton.

A list of the 16 graduates in the collection of photographs appears at the end of this post.

Mary Alice Carpenter was born in Rhode Island about January 1886, the daughter of George Edward Carpenter and Eliza Kent (Barney) Carpenter.  Her father died in 1893.