Two vintage Photos of Melinda A. (Blanchard) Pickering (1829-1908) of Lincoln, Maine; one in a group of 4 women, including Daughter Ella A. Pickering 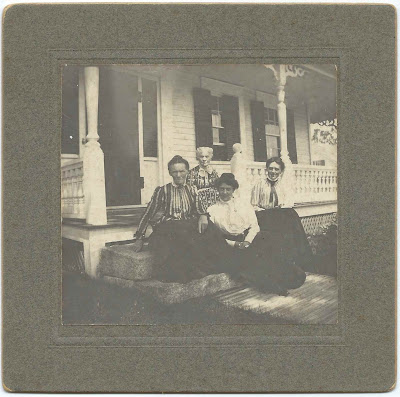 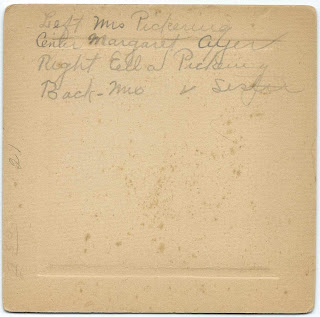 Melinda Ann Blanchard was born in 1829 at Dexter, Maine, daughter of Jonas Blanchard and Joanna (Small) Blanchard.   The reverse of Melinda's photograph, shown below, has only the handwritten word "Mrs." 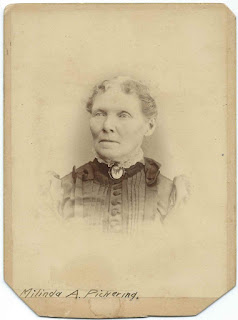 Charles and Melinda had at least one child, a daughter Ella A. Pickering, born in 1860.   I didn't find a record of other children.

Charles, a sheriff, died of exposure in 1890 while on his way to a logging camp to interview witnesses, according to news picked up by newspapers around the country, including the November 5, 1890 issue of The New Era of Humeston, Iowa.

Melinda died in 1908 and Ella in 1922.    Charles, Melinda and Ella, who apparently never married, are buried in the West Broadway Cemetery at Lincoln, Maine.

Margaret Ayer appears about the same age as Ella A. Pickering.  I haven't yet determined who Margaret was.

If you have corrections and/or additions to the information above, or if you have more information on Margaret Ayer, please leave a comment or contact me directly.