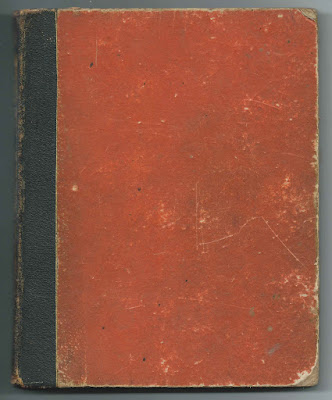 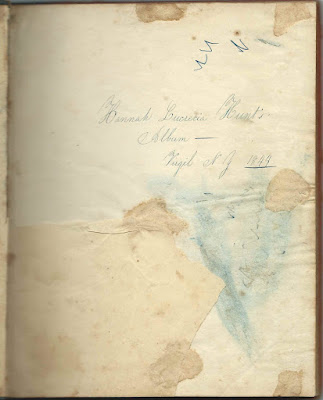 The album, printed by J. C. Riker of New York, New York, measures approximately 7-3/4" by 6-1/4" and contains the sentiments of 14 of Lucretia's friends.  An alphabetical list of the inscribers, together with any information they offered, appears at the end of this post.

Residences of the inscribers were:

In addition to the engraving on the title page, shown below, the album contains 5 full page engravings. 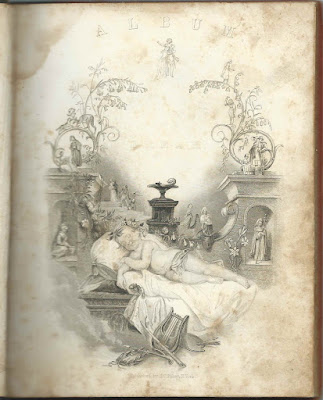 Among the inscribers were three members of the Hay family of Lapeer, New York:

Hannah Lucretia Hunt was born June 18, 1828, the daughter of Asa Hunt and Sarah (Johnson) Hunt.  Interestingly, one of the inscribers was Celina Johnson, who inscribed her page at Lisle, New York, on October 12, 1845.

On June 26, 1850, Lucretia married Lewis Swift, son of Lewis Swift and Anna (Forbes) Swift.  Lewis Swift became a noted astronomer.  Lucretia and Lewis had two children, I believe, before Lucretia died on September 5, 1863.  Lewis married Carrie D. Topping in 1864 and had at least one other child, noted astronomer Edward Doane Smith, born in 1870.

Hannah Lucretia (Hunt) Swift is buried in the Marathon Village Cemetery at Marathon, New York, with her husband, her husband's second wife and other family members.

If you have corrections and/or additions to the information above, or information on any of the inscribers, please leave a comment or contact me directly. 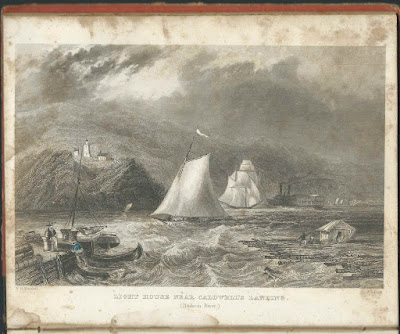 Posted by Pam Beveridge at 1:23 PM