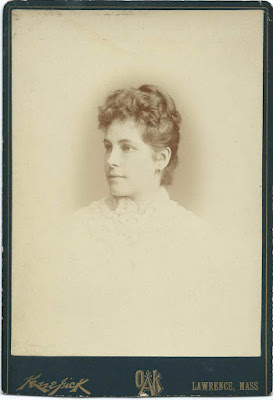 The photograph was taken at the studio of O. A. Kenefick of Lawrence, Massachusetts.  Someone wrote Elberta's name on the reverse, along with the date of her wedding and the fact that she was wearing her wedding dress at the time the photograph was taken.  This person also wrote the date 1885, which is confusing, unless Elberta happened to wear the same dress in 1885. 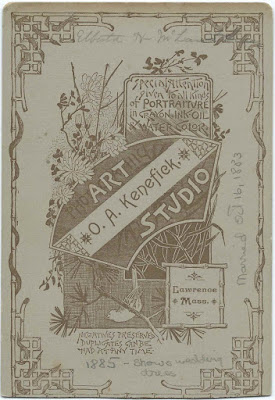