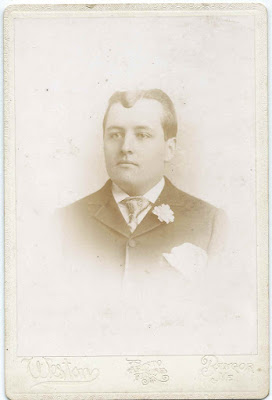 Cabinet photograph of a young man identified on the reverse as George F. McKay, son of George W. McKay.  The photograph was taken at the Weston studio, 2 Smith Block, Bangor, Maine. 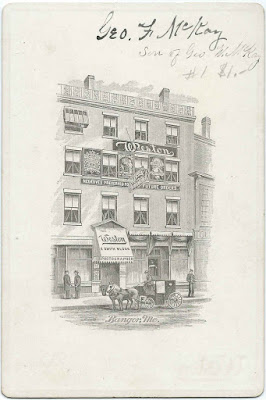 Lillian was born about 1881 at St. Paul, Minnesota, where her father, a native of Woodstock, New Brunswick, had apparently moved his family as a result of his work on the railroad.

George Fellows McKay worked as a barber with his father and then as a typewriter salesman.  He died in 1929 and is buried with his parents in Oak Hill Cemetery at Brewer, Maine.  Lillian married widower Eugene B. Gordon in 1930.