1907 Photograph of the Grand Jury Panel of Washington County, Maine 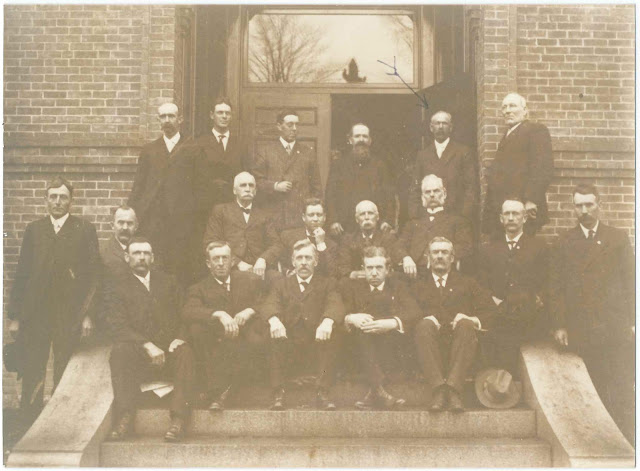 1907 photograph, measuring 5" by 7", of the members of the Grand Jury of Washington County, Maine, taken in front of the Calais Court House.

The names of the men appear on an accompanying paper, image below, but only as a list, not matching names to faces.

If you recognize any of these men from your family photographs or research, please leave a comment or contact me directly, in the hope that the men can eventually be identified by face. 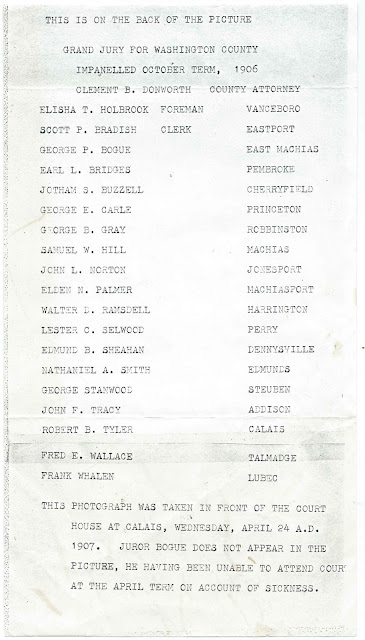 This photograph was taken in front of the Court House at Calais, Wednesday, April 24, A.D. 1907.  Juror Bogue does not appear in the picture, he having been unable to attend Court at the April Term on account of sickness.

Some of the towns mentioned