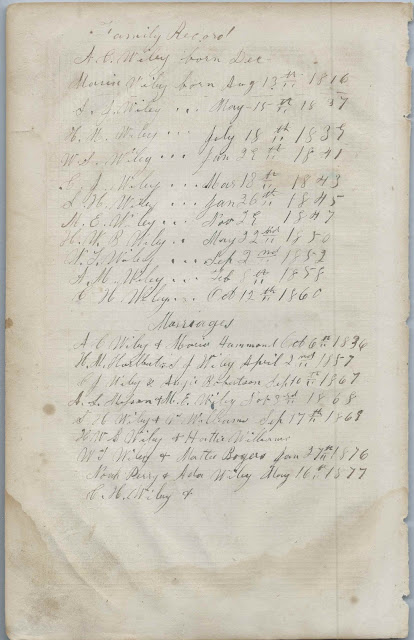 Family Record page, recording births and marriages, of the family of Aldridge Cobb Wiley and Maria Maud (Hammond) Wiley, who were born in New York and Ohio respectively and raised their family in Galesburg, Illinois.  Aldridge served as a Justice of the Peace.

Sadly, the page is long removed from any accompanying pages and the Bible that supposedly once contained it.  The entries contain mostly initials but enough clues are present to tease out the family's identity.

As noted above, the reverse has no entries. 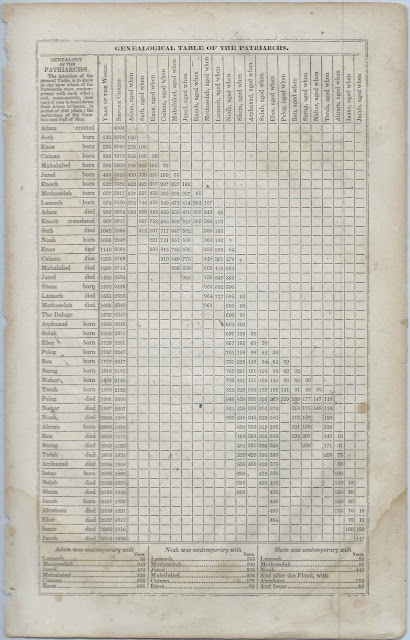 Posted by Pam Beveridge at 1:45 PM