Photograph of a child in the family of Cora Maude Remick, born 1868 in Maine 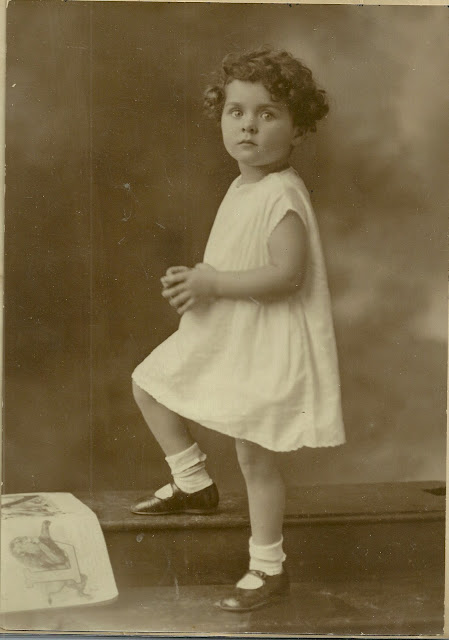 Note:  Be sure to read the comments section, which has much more information on the Remick/Conroy family and a guess as to the identity of the child.

Enlarged photograph of a beautiful young child, not identified but in the family of Cora Maude Remick, who married Eugene F. Conroy, according to a page of genealogy that came with the photograph.  Unfortunately I have only the last page. 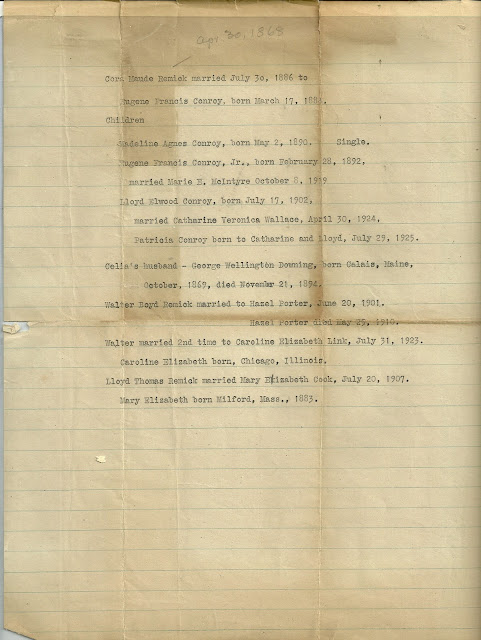 Cora Maude Remick was born 30 April 1868 in Maine, the daughter of John G. Remick, born in Otis, Maine, and his wife Sarah E. (Dexter) Remick, born in Dedham, Maine.  Her paternal grandparents were Elkanah and Nancy Jane (Bunker, I think) Remick of Mount Desert Island and Otis, Maine.  Her maternal , grandparents were Thomas Burrill Dexter, born in China, Maine, and his wife Mary Rideout (Blood) Dexter, born in New Hamphire; they had moved to Dedham, Maine.

I don't have any information on the parents of Eugene Francis Conroy, and I'm not sure of his birthdate.  The transcript has an obvious typo, but even 1864 is at odds with an entry for his birth month and year in the 1900 Census of March 1861.  I'm accustomed to the 1900 Census being off by a year either way, but this would be 3 years.

Eugene Francis Conroy and Cora Maude (Remick Conroy had three children: Madeline Agnes, Eugene Francis, Jr., and Lloyd Elwood.  It's possible that the young girl in the photo is one of their children.  The handwritten sheet mentions a daughter born to Lloyd Elwood Conroy in 1924.

Another possibility is that the little girl isn't a direct descendant of Cora Maude Remick at all, but rather a descendant of one of her siblings, perhaps even identified on one of the preceding missing sheets of family genealogy.

If you have any corrections, additions or insights regarding the information presented above, particularly if you recognize the young girl from family albums, please leave a comment in the comments box or contact me directly.

Posted by Pam Beveridge at 2:25 PM