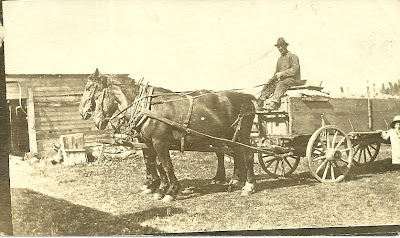 Circa 1900 photograph of a man identified on reverse as Spafford Way of Mountain, Wisconsin. 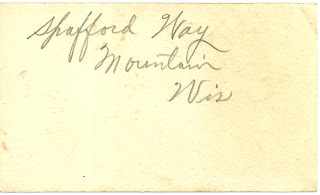 At some point, Spafford Wayman Way moved to Wisconsin where he spent the remainder of his life.  On 6 November 1887 in Larrabee, Wisconsin, he married Dora Mary Shaw, who was born in 1873 in Clintonville, Wiconsin, the daughter of William and Achsah (Ayers) Shaw.  I believe Spafford and Dora had four children before she died in 1895.  Her last child, Cecil Calvin Way, died in infancy; perhaps they died together during or as a result of his birth.

Posted by Pam Beveridge at 1:46 PM