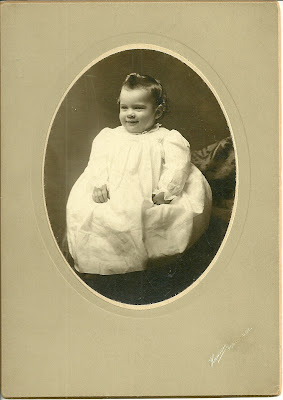 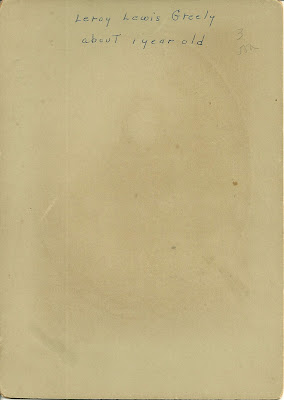 Photograph of Leroy Lewis Greely at age 3 or 4; photo by a Portland, Maine studio. 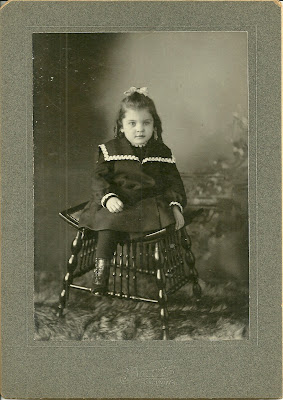 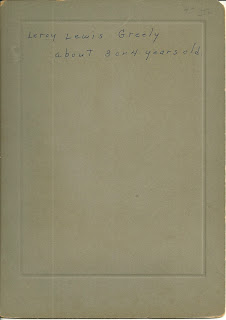 Leroy Lewis Greely was born at Portland, Maine, on 10 April 1899, the son of Burnard L. and Harriet (?) Lewis.  His paternal grandparents were, I believe, Eliphalet and Abbie (Abbott) Greely.  I don't have information on the maiden name of Leroy's mother Harriet, or the names of her parents, but she indicated on the Census forms that she was born in Canada.

Leroy Lewis Greely married Hope Gertrude Davis, who was born 12 May 1900 in Providence, Rhode Island, the daughter of Joseph Carlton Davis and his wife Clara Louise (Peckham) Davis.  Leroy and Hope had at least one child, a son.

If you have corrections, additions or insights regarding the information presented above, please leave a comment in the comments box or contact me directly.  I'm especially interested in further identity of Leroy's mother Harriet, who was born in Canada.

Posted by Pam Beveridge at 4:01 PM