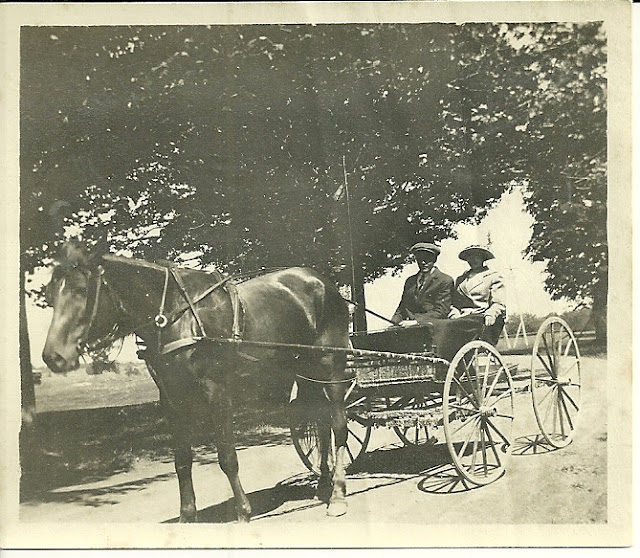 Wonderful photo of  Walter Glenwood Ring and his wife Carrie May (Holt) Ring out for a drive.

The photograph above came with:

Reverse of the photo above with the identification: 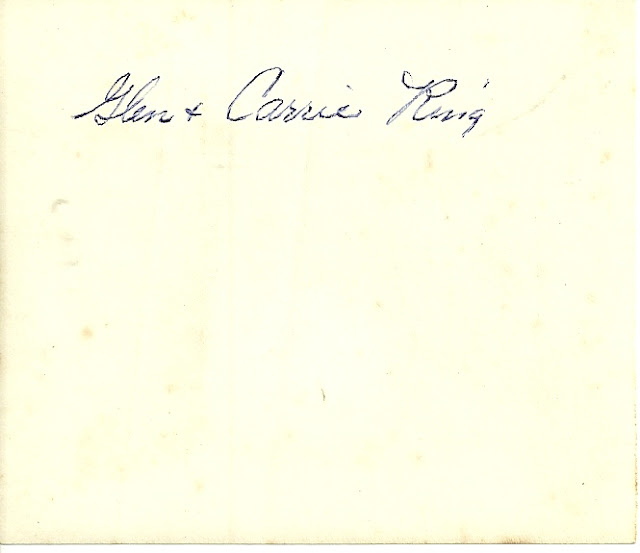 Photo of three children, sadly unidentified, in what appears to be a schoolyard:  Note: a reader has identified the boy at left as Donald Leigh Sawyer, son of Harold Leigh Sawyer and Martha Louise (Holt) Sawyer, who was Carrie's older sister. 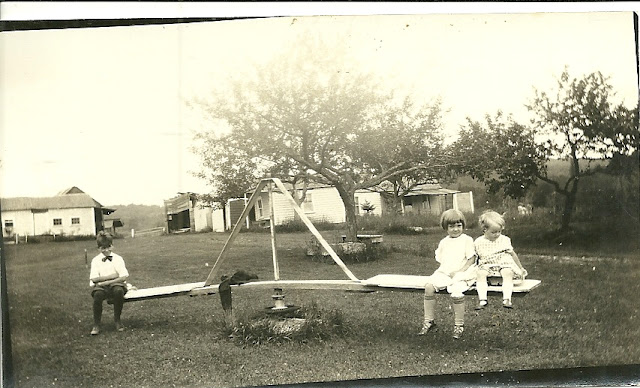 The negative and the envelope in which it was stored: 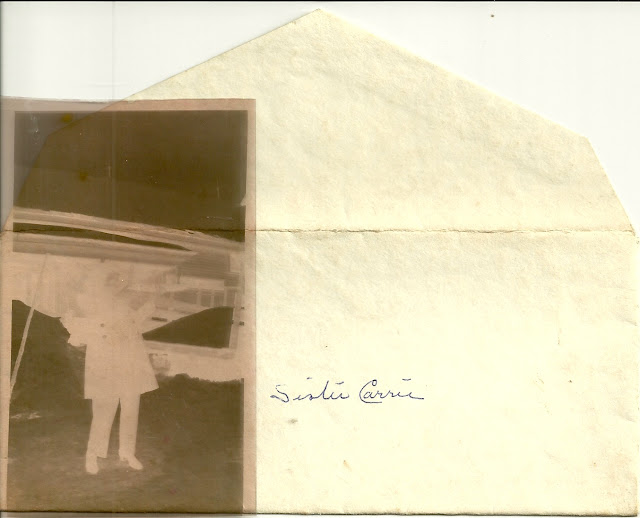 Carrie May (Holt) Ring had two brothers and a sister: 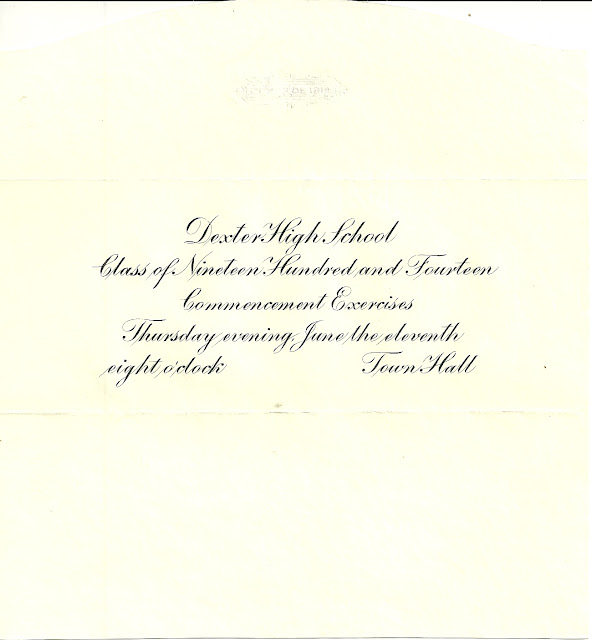 Carrie's card and the envelope carrying the invitation, which was addressed to Mr Harold Sawyer and lady, who, as noted above, was Carrie's older sister Martha Louise Holt, who would marry Harold Leigh Sawyer on September 2, 1914 at Dexter, Maine. 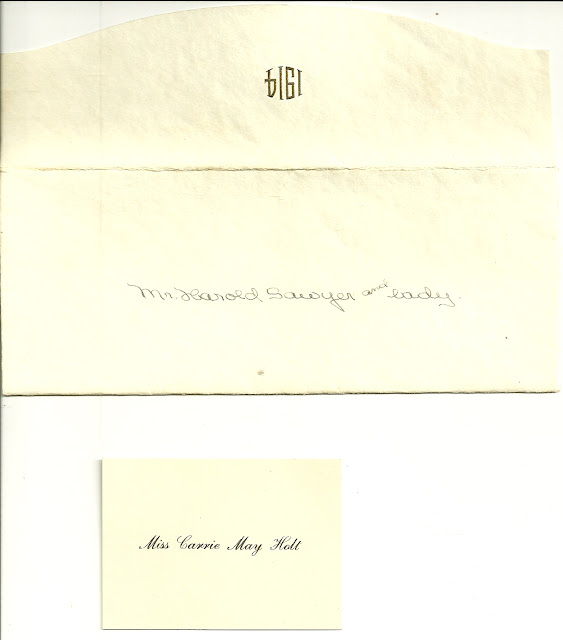 Carrie May Holt was born April 26, 1894 in Maine, the daughter of Henry Lincoln Holt and his wife Eunice Thompson (Packard) Holt of Sangerville and Cambridge, Maine, respectively.  Carrie graduated from high school in 1914.

On March 18, 1916 at Cambridge, Maine, Carrie married Walter Glenwood Ring, who was born October 26, 1892 in Cambridge, Maine, the son of Walter Hiram Ring and his wife Alice May (Mitchell) Ring, both of Cambridge, Maine.  Carrie and Walter had at least one child, daughter Maxine, who married Lewis Everett Carr.

Posted by Pam Beveridge at 3:21 PM