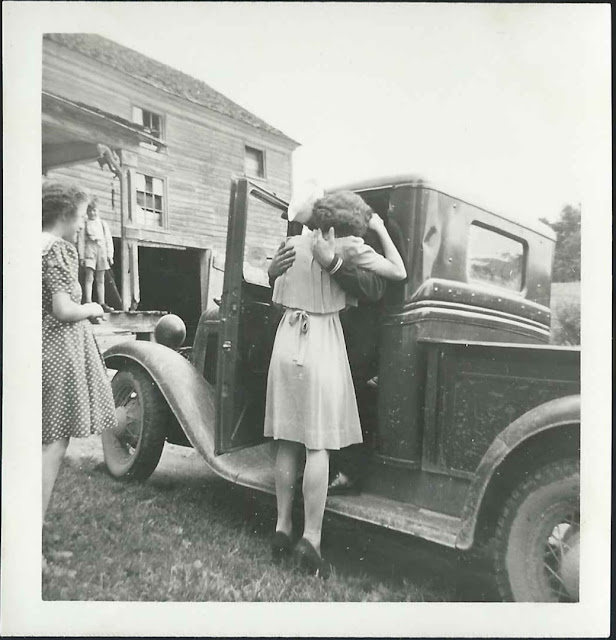 Collection of snapshots and a letter that appear to have belonged to the family of Lewis Everett Carr and Maxine Eunice (Ring) Carr, "Jerry", of Dexter, Maine.

The photograph above shows a man in uniform returning home to a hero's welcome. 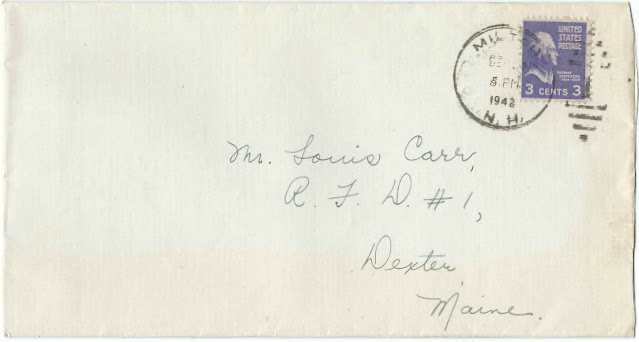 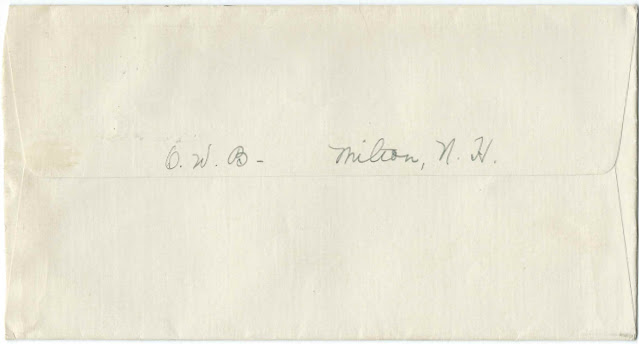 Note: amended from the original thanks to a reader:  The man in the photograph below, found with the letter written by Orlando Wendell Browne, has been identified as Lewis Everett Carr. 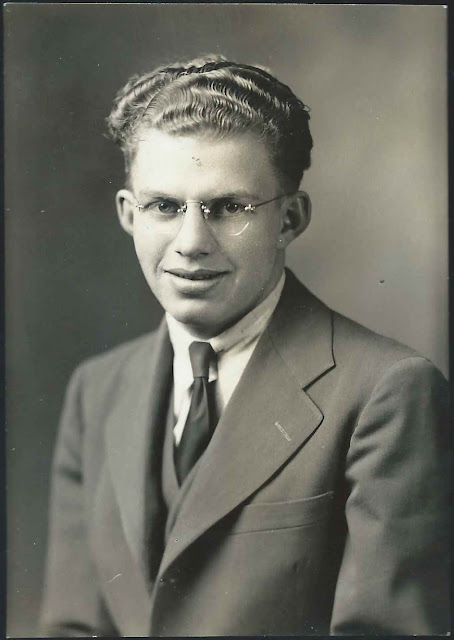 The snapshots were taken at farmhouses, the lake and a rock outcropping.  One of them, in a different format, might also show Lewis Everett Carr, in uniform.  He had enlisted at Bangor, Maine, in October 1942 as a Warrant Officer, perhaps specializing in drafting, which was his vocation. 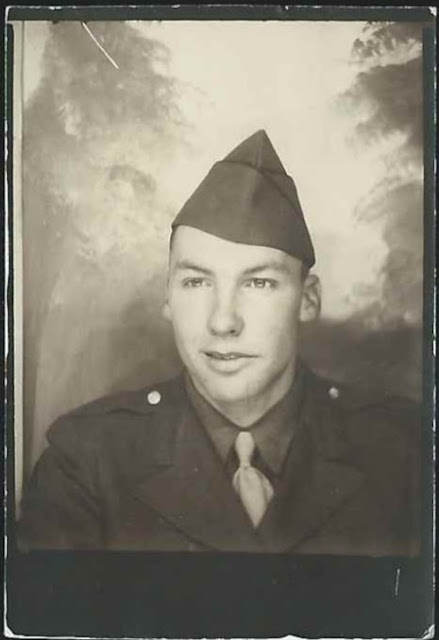 "Jerry" was the daughter of Walter Glenwood Ring and Carrie May (Holt) Ring.  See other posts that feature:
Please look over the sample photographs of people, houses and/or landmarks and comment or contact me directly if you recognize someone or something. 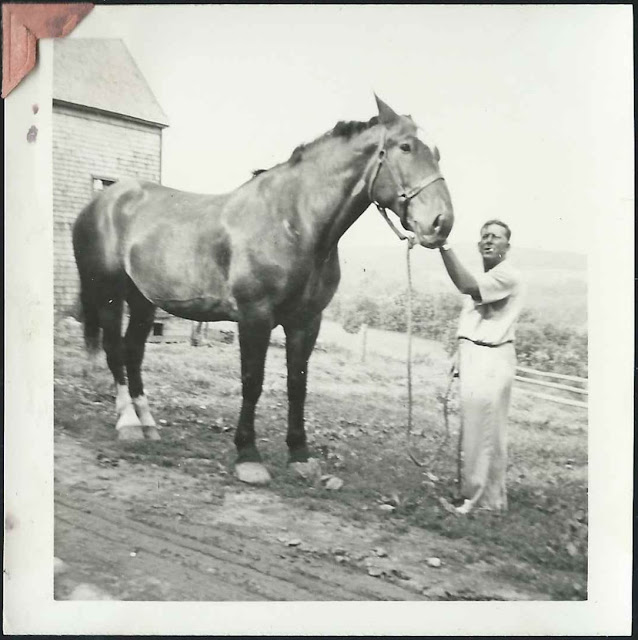 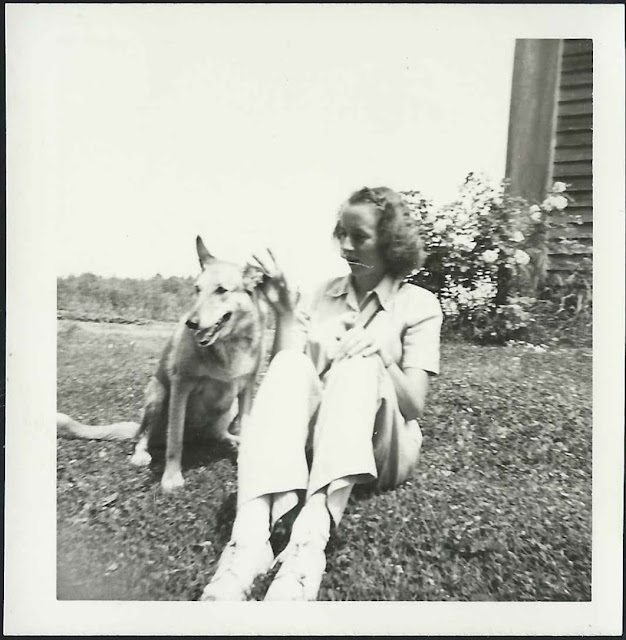 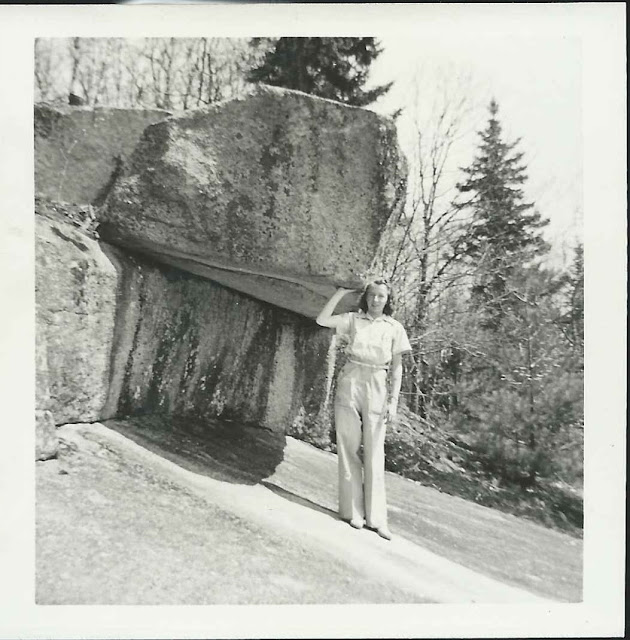 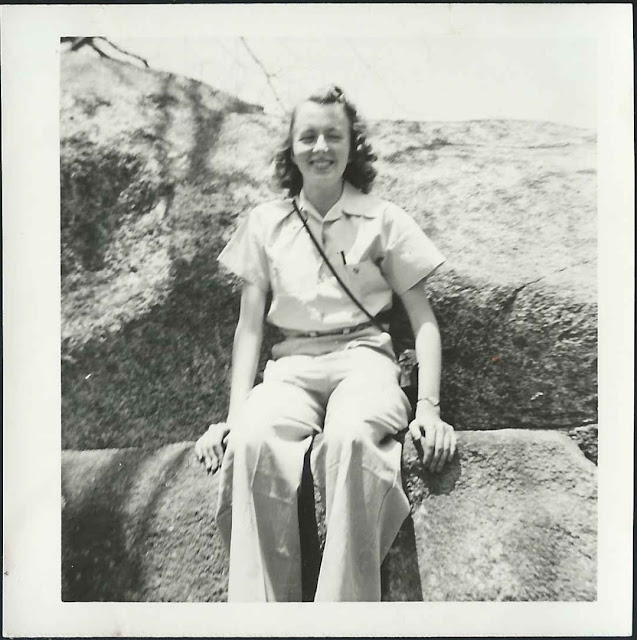 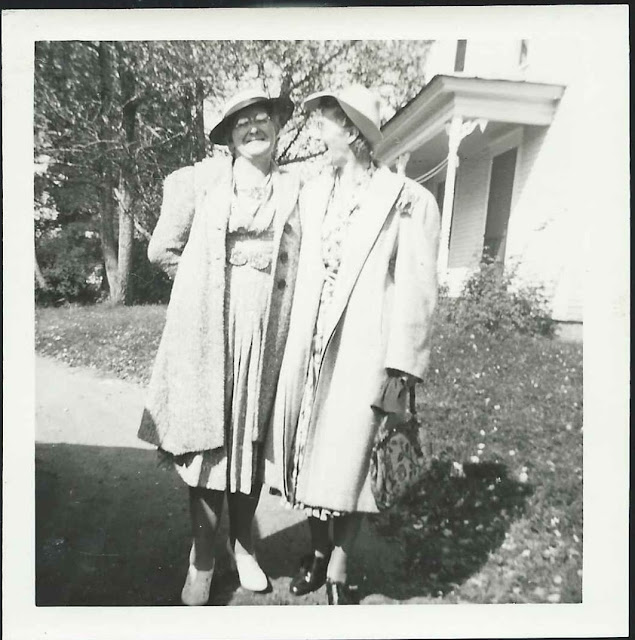 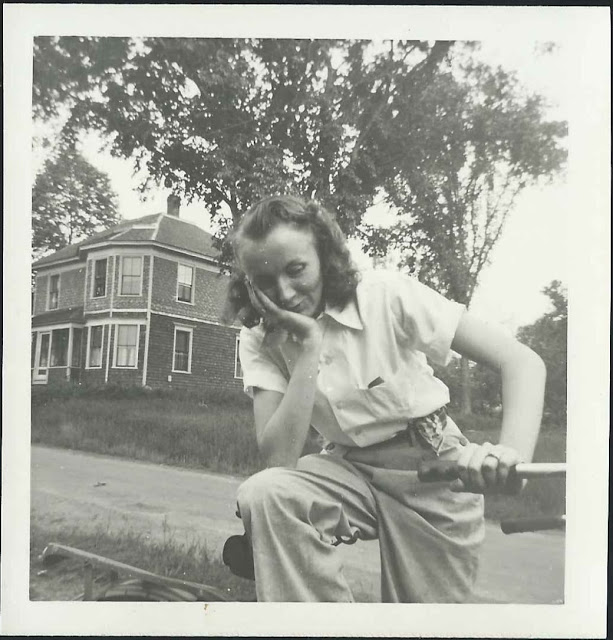 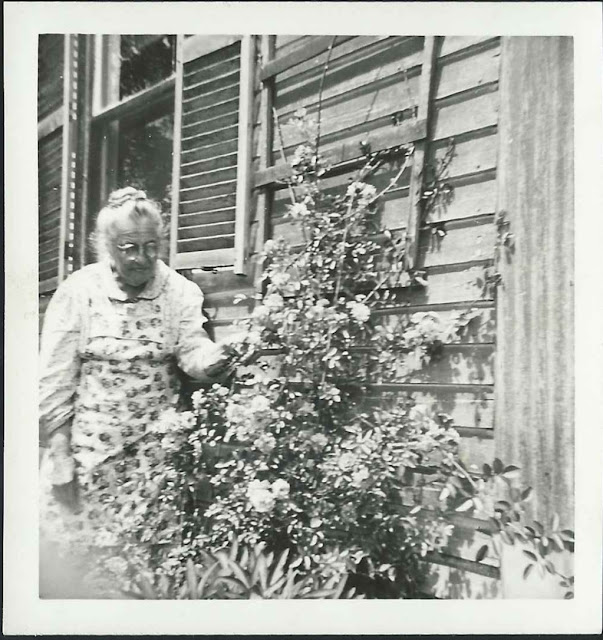 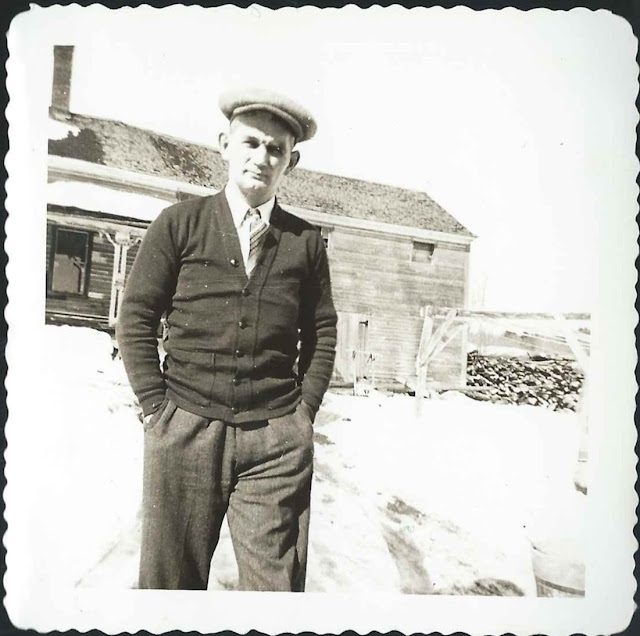 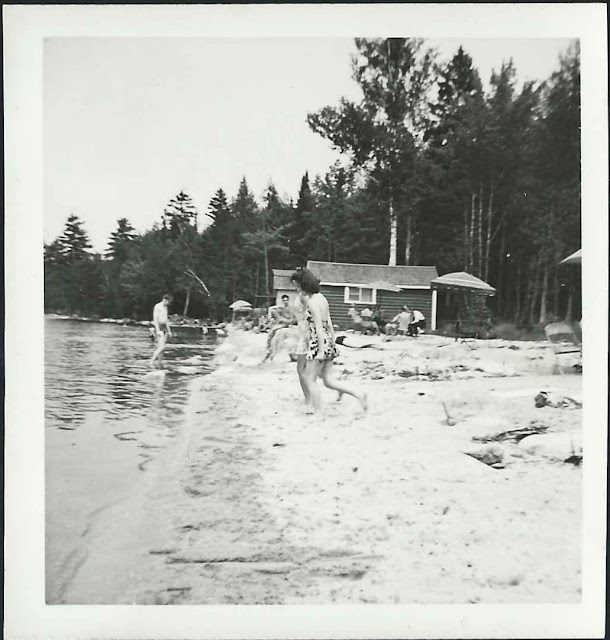 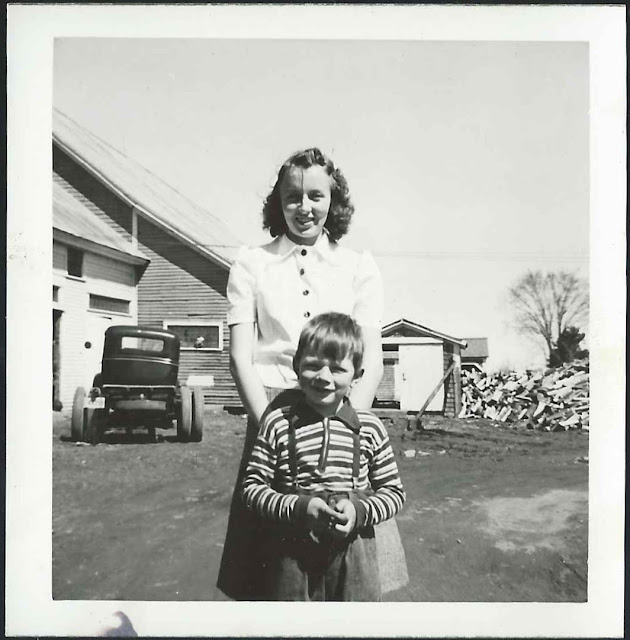 According to a reader: Maxine Eunice (Holt) Carr, "Jerry", with, possibly, her son Roger, taken at Cambridge, Maine