1879 Reports of the Inspectors, Warden, Physican & Chaplain of the Maine State Prison 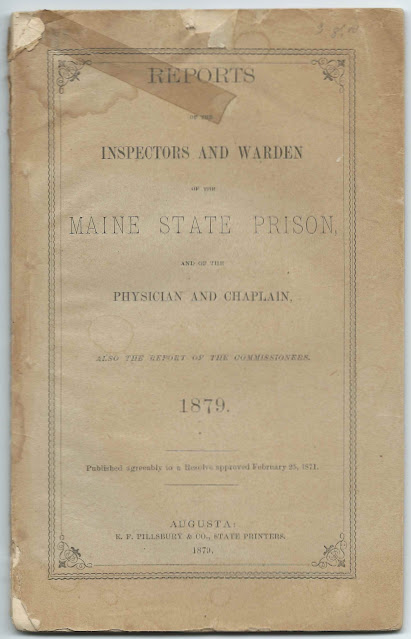 Reports of the Inspectors and Warden of the Maine State Prison and of the Physician and Chaplain, also the Report of the Commissioners, 1879.  67 page booklet printed by S. F. Pillsbury & Co., State Printers, 1879, Augusta, Maine.

See another post that features the names, ages, nativities and crimes of the 254 prisoners at the prison in 1879. 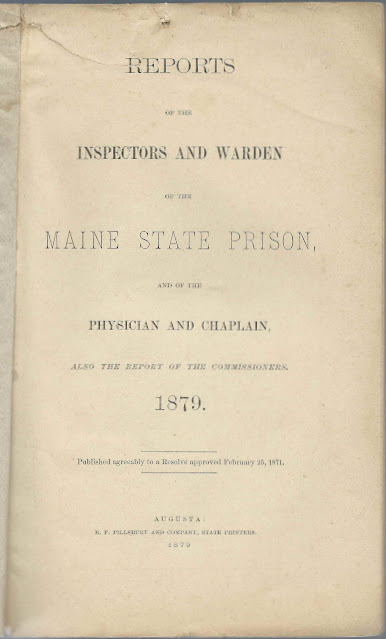 The booklet contains:
Click on an image to enlarge it. 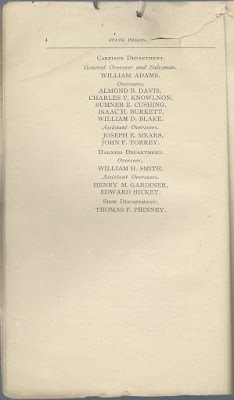 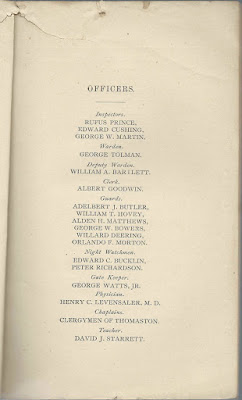 Statistics provided in the report of Warden George Tolman: 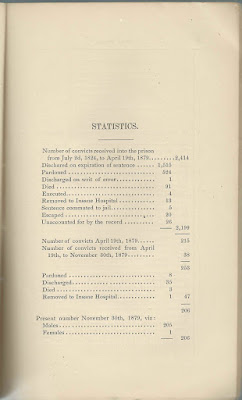 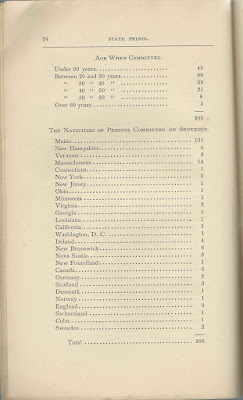 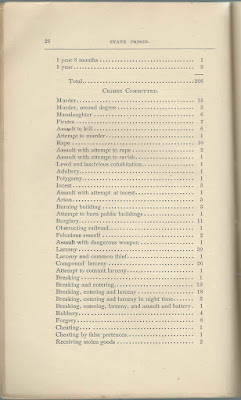 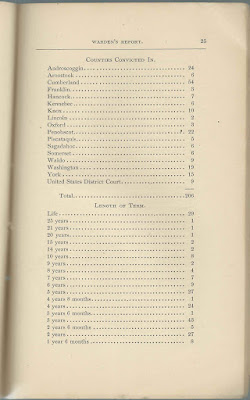 From the Warden's Report, the list of men not at the prison but shown as entered in, with no records of discharge: 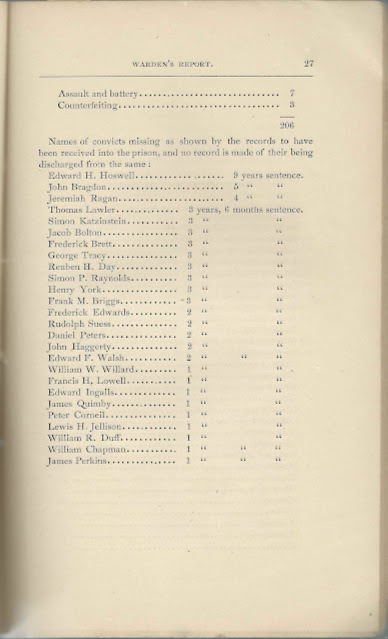 Names of the men above, in alphabetical order: 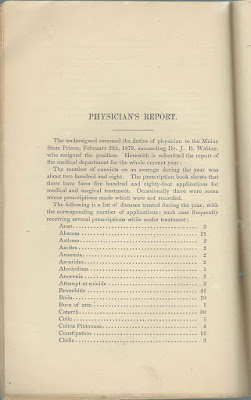 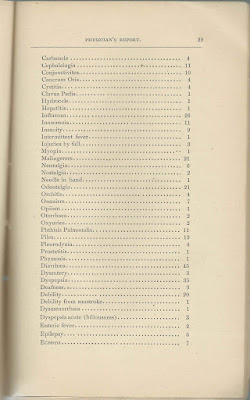 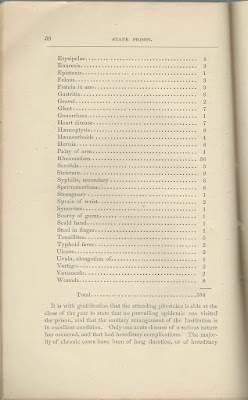 From the Report of the Inspectors, Edward Cushing and George W. Martin; a table of the 13 jails in Maine: 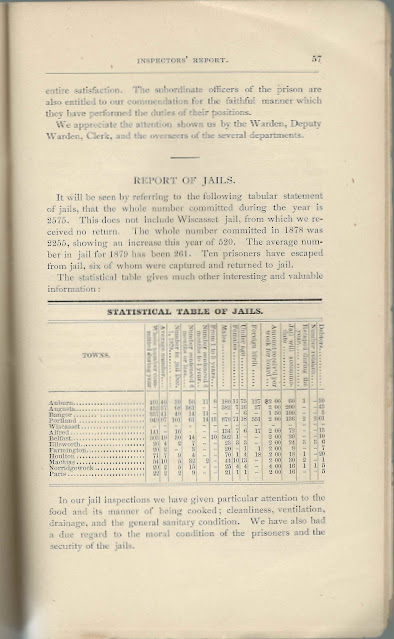 Posted by Pam Beveridge at 8:28 AM