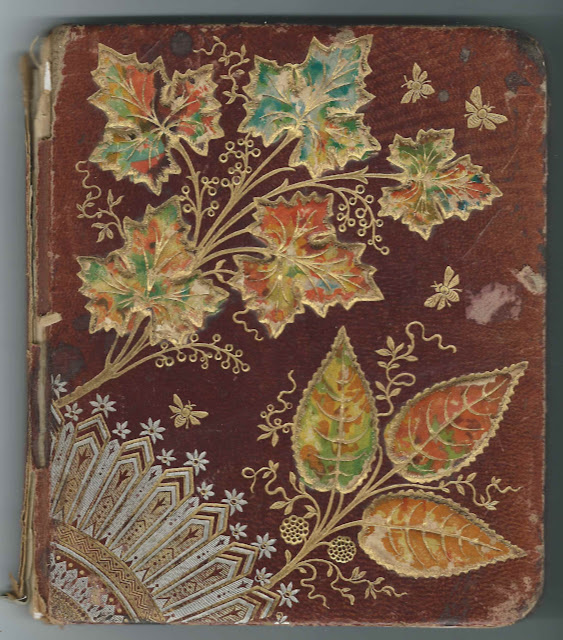 Autograph album of Benjamin Rose Richards of Hallowell, Maine, with entries from 1888 through 1907. 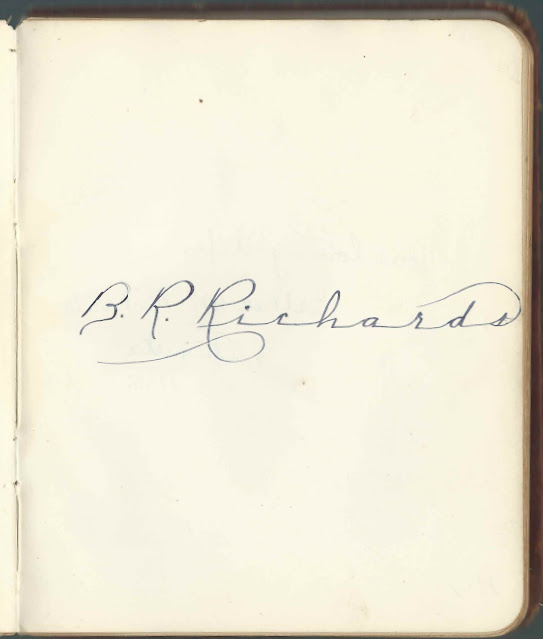 The album measures approximately 7-1/2" by 6-1/4" and contains the sentiments of 20 of Benjamin's relatives and friends.  An alphabetical surname list and an alphabetical list of the inscribers, together with any personal information they offered, appear at the end of this post. 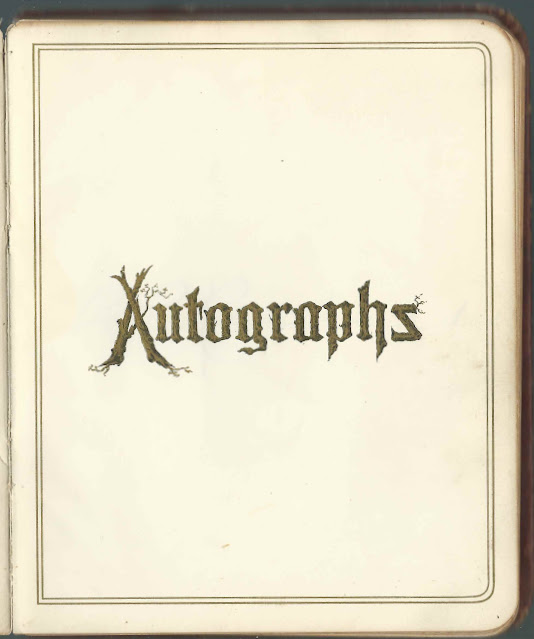 Benjamin J. Richards was previously married to Ellen (Spaulding) Richards, who died in 1877.  A child from that union, Evie L. Richards of Manchester, Maine, inscribed a page to her half-brother on November 5, 1893. 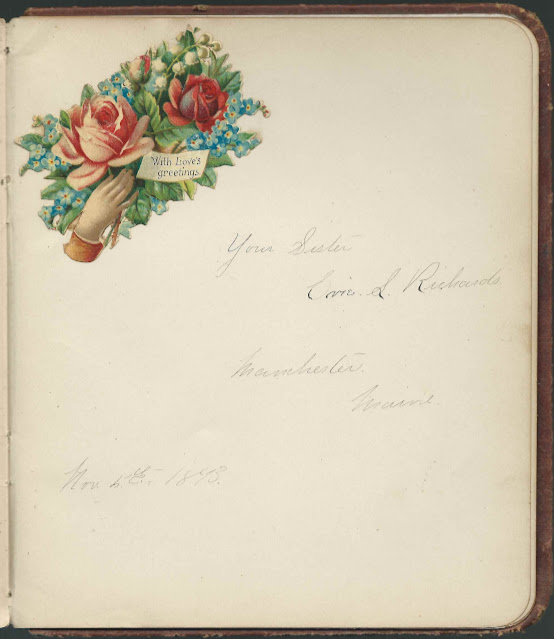 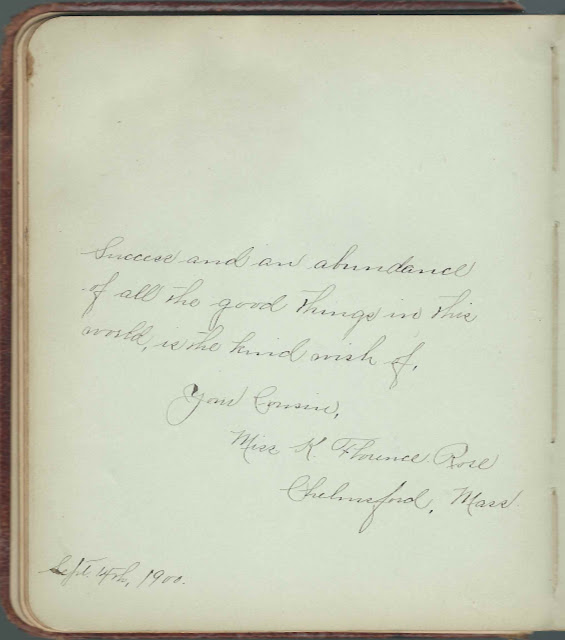 Esther inscribed a page in the album on December 1, 1907 and included the name of their first child, Gladys, in a corner. 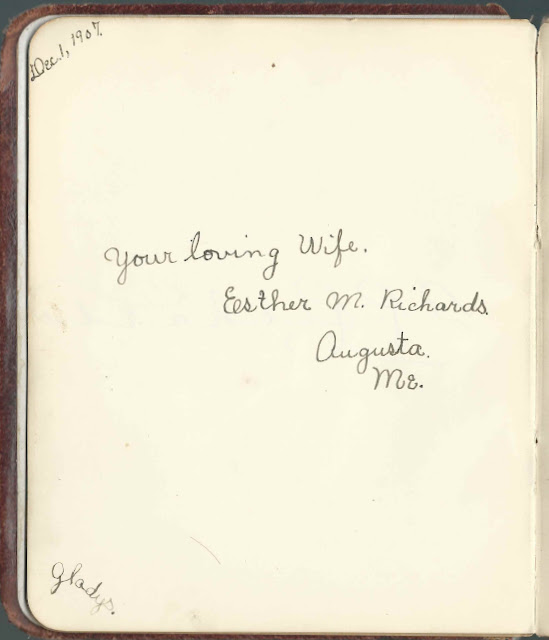 Esther died in what appears to be 1952 - there's an error in the text on her Find-a-Grave listing - and Benjamin died in 1957.  They're buried in the Riverside Cemetery at Augusta, Maine, with daughter Doris (Richards) Barrett Higgins Donovan Cunningham, who died at the age of 100 at Auburn, Maine.