Members of the Maine Medical Association in Aroostook County, Maine, up to 1873

Included in the 1873 booklet entitled Constitution, By-Laws and Code of Medical Ethics of the Maine Medical Association is a list of the members, by their counties of residence, as those counties exist today.

This post identifies the three members who were practicing in Aroostook County in 1873. 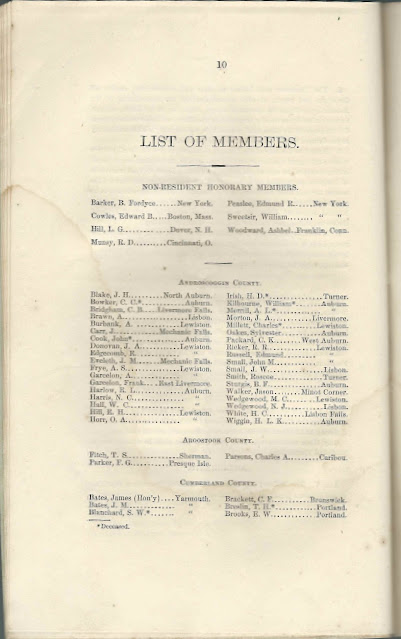 If you have information on any of the physicians mentioned above, please leave a comment or contact me directly.

Posted by Pam Beveridge at 8:39 AM