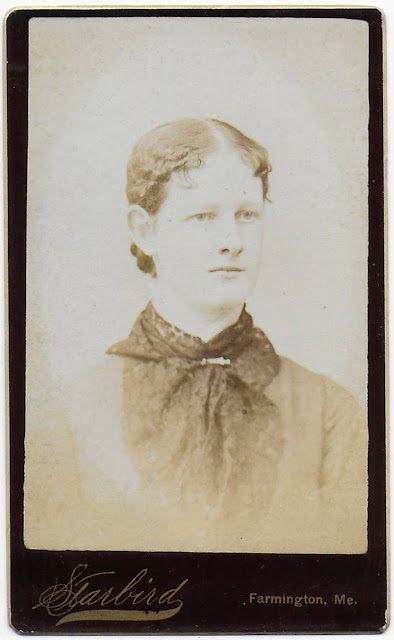 Carte de Visite of a young woman identified on the reverse as Nettie G. Dolley of Weld, Maine.  The photograph was taken at the Starbird studio in Farmington, Maine, where Nettie was a member of the graduating class of 1885 at Farmington State Normal School.
The CDV was found with two others, at least one if not both, also students at Farmington State Normal School in the Class of 1885: 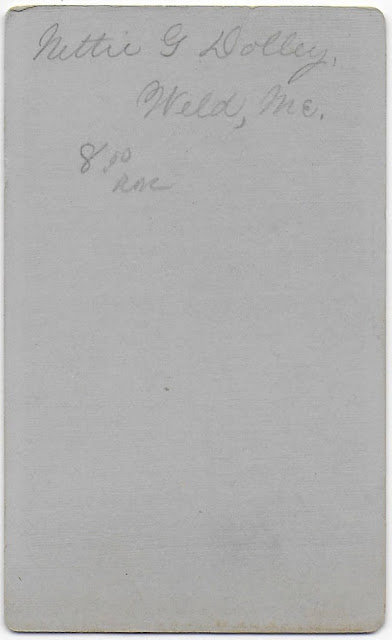 Nettie died in California in 1934.

Posted by Pam Beveridge at 3:09 PM