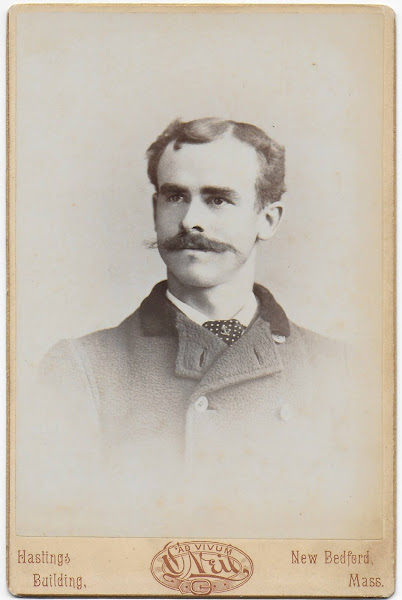 Cabinet photograph of Frank Harold Ashley (1861-1924); by a New Bedford, Massachusetts, studio.  Frank was the husband of Allena W. Pierce (1873-1969).
The photograph was found with a few accompanying ones with a Bristol County, Massachusetts, or marriage connection. 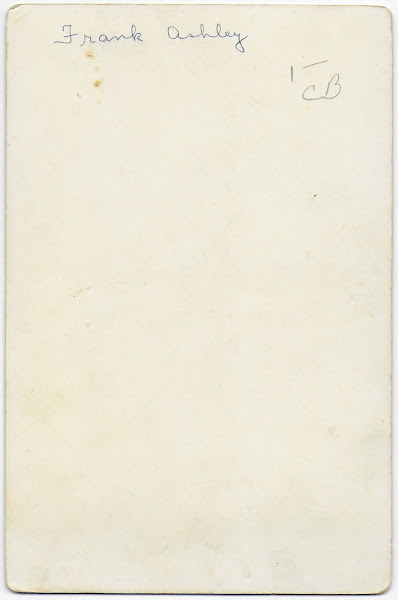 Frank Harold Ashley (1861-1924) and Allena W. Pierce (1873-1969), both natives of Acushnet, Massachusetts, were working as a mechanic and waitress, respectively, at the time of their marriage in 1899 in New Bedford, Massachusetts.  They stayed in New Bedford, at least until the enumeration of the 1920 Census, at which time Frank was shown with no employment, and Allena was working as a private housekeeper.  Was Frank injured from his work as a sawyer?
If you have information to share on any of the people mentioned above, please leave a comment for the benefit of other researchers.
Posted by Pam Beveridge at 12:04 PM