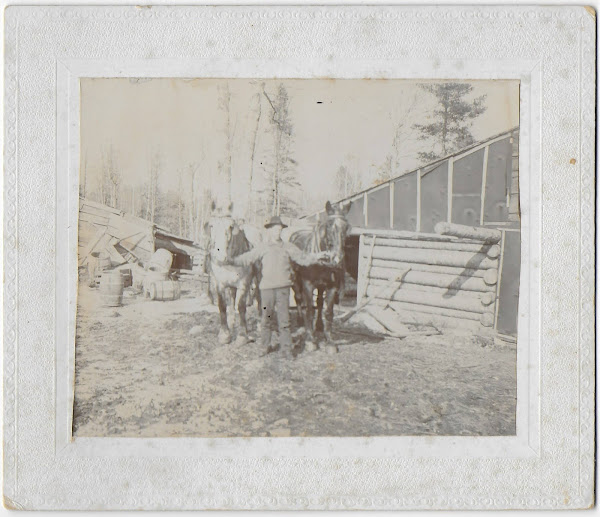 Late 19th or early 20th century photograph of a man and his work horse team at a logging camp in Northern Maine.  No identification of the man or specific location.
The reverse has this handwriting:
This picture was taken in the birch woods in Northern Me.
Where the tall and queenly birches
All decked in silver rags
Are wooed by balsam lovers
Mid lonely mountain craigs
Either "craigs" was meant to be "crags", or "craig" is a clever clue to the man's identity.
In case you have a similar photograph with a similar background, please leave information as to who and where in the comments, for the benefit of others. 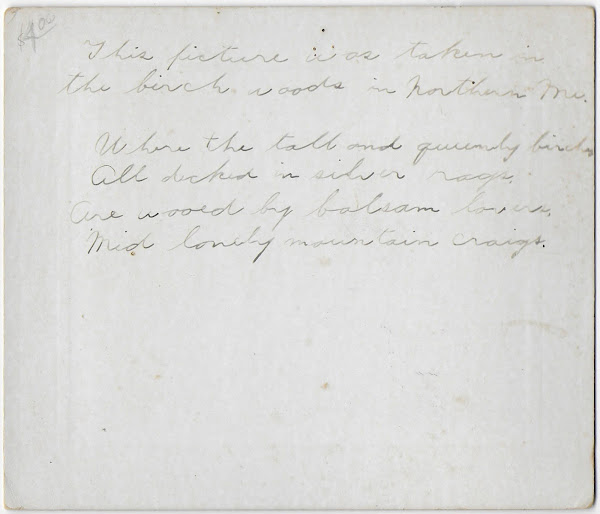 With most of Maine's population in the South, "Northern" to some can sometimes be no farther north than Central Maine in the area where logging was king.  But it's possible this photograph was taken in the northernmost county of Maine, Aroostook, or the northern reaches of Somerset, Piscataquis, Penobscot or Washington counties.
Posted by Pam Beveridge at 4:57 AM