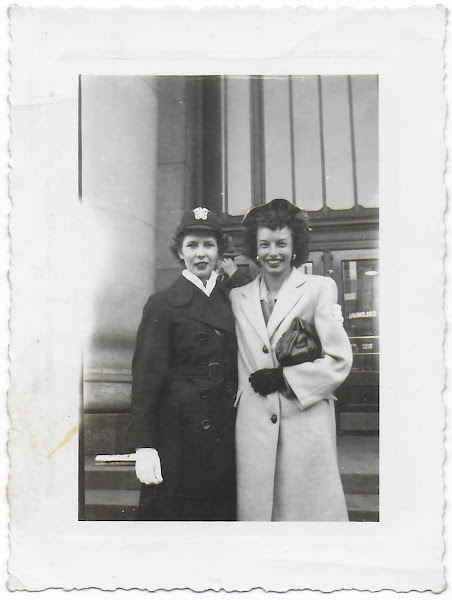 November 1943 snapshot of two women, one in uniform, at the Union Depot in St., Paul, presumably Saint Paul, Minnesota, with one of them apparently seeing the other off to service during World War II:
There's mention of Eizabeth J. Neuser, born in 1918, an ensign with classification WVHS, in a military register of the commissioned and warrant officers of the U.S. Navy, listed, interestingly, as of 16 November 1943. Perhaps she was a WAVE or similar.
That Elizabeth may have been Elizabeth J. Neuser, a Minnesota native, the daughter of Herbert Anthony Neuser and Alice Veronica (Shea) Neuser.  Elizabeth would marry, and later divorce, Dr. George Van Olanda Webster, Jr. 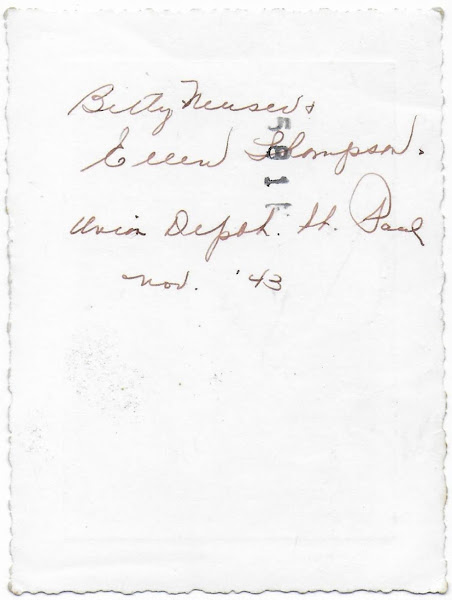 If you have a theory as to the identity of either or both of these women, please leave a comment for the benefit of other researchers.
Posted by Pam Beveridge at 4:32 PM