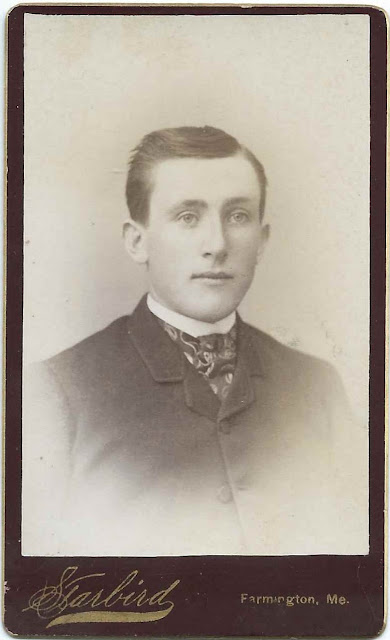 Three c1885 Cartes de Visite of a young man identified on the reverse as Bertram H. Lidstone of Farmington, Maine, who died on January 9, 1886 at age 21. The photographs were taken by the Starbird studio of Farmington, Maine.
One of the CDVs was found with two of Farmington State Normal School students, giving rise to the possibility that Bertram was also a student there, before succumbing to ill health. 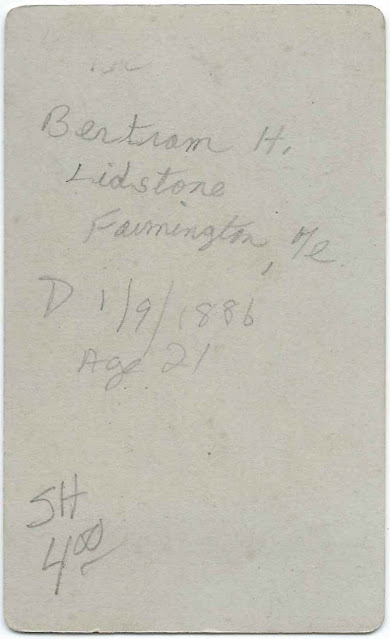 From brief online research, hopefully correct - corrections and additions requested:
A baptismal record for Bertram Howard Lidstone shows that he was born May 2, 1864 and baptized at O'Leary United Church on Prince Edward Island on July 18, 1867, along with at least two other siblings.

The family was living at Sackville, New Brunswick at the time of the 1871 Census. James Lidstone's naturalization record indicates that the family, or at least James, had moved to Maine by 1873. The family ultimately moved to Farmington, Maine, presumably where Rev. James Lidstone had found a church to minister. 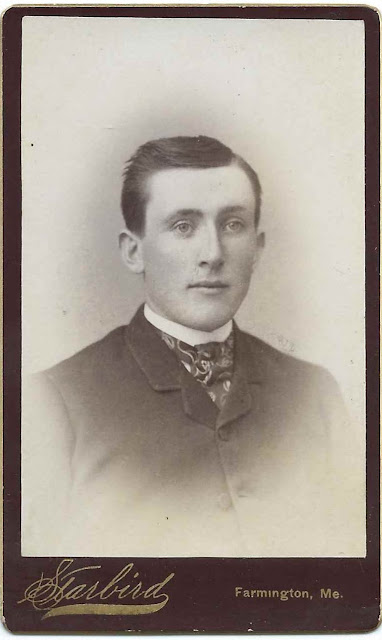 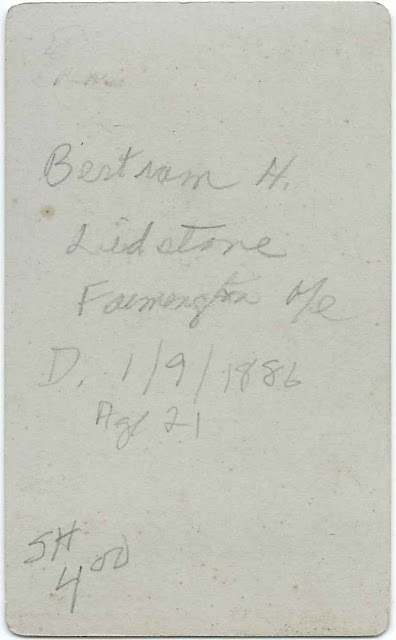 Sadly, Bertram was not the only member of this unfortunate family to die young:
These five and Bertram himself are buried in the Riverside Cemetery at Farmington, Maine.

There was another child, Richard Lidstone, born May 8, 1872. I don't have further information on him, except that he may have been the Richard L. Lidstone who also died young, on October 13, 1899. He's buried in the Pomona Cemetery and Mausoleum at Pomona, California.
The third CDV (found with two others of Farmington State Normal School students) 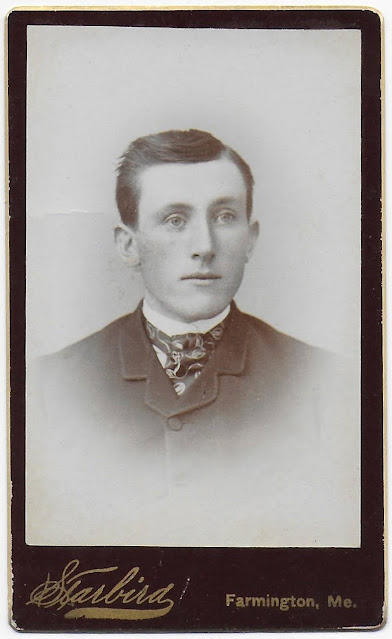 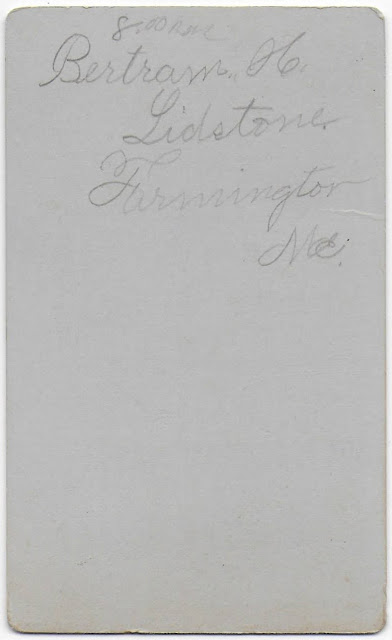 If you have corrections and/or additions to the information above, please leave a comment, so that this post can be updated, for the benefit of other researchers.

Posted by Pam Beveridge at 1:40 PM