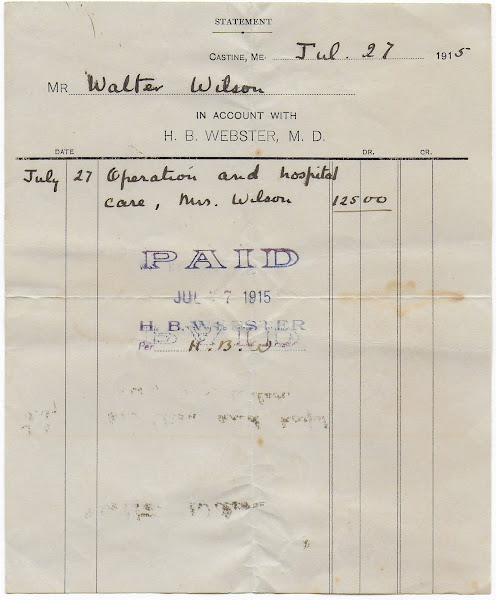 Large collection of bills, invoices, receipts, etc. pertaining to the business and family life of Walter Lee Wilson (1874-1932) and Bertha May (Hawes) Wilson (1880-1959)of Castine, Maine.
Walter had various occupations: farm hand; tailor; cook on a vessel; farmer.  The couple had at least four children, with the first dying in infancy. The others:
The bill above was from Dr. H. B. Webster for Bertha's operation and hospital care.  Harrison Briggs Webster (1884-1918), who died in service in World War I.
Included in the papers, in roughly alphabetical order
If you have information to share on any of the people mentioned above, or alternate identities for any of them, please leave a comment for the benefit of other researchers.
Posted by Pam Beveridge at 8:31 AM