Cabinet Photograph of Thelma Waterhouse Boynton by the Basset studio in Farmington, Maine 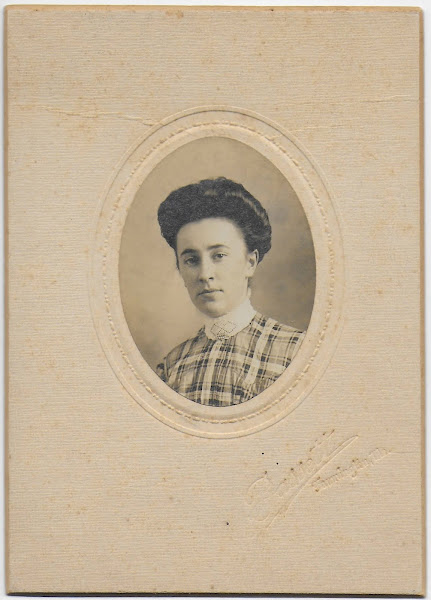 Cabinet photograph of a woman identified on the reverse as Thelma Waterhouse Boynton, with the added names of Emma & Isabel, perhaps for whom the photograph was an intended gift.
The photographer was the Bassett studio in Farmington, Maine. 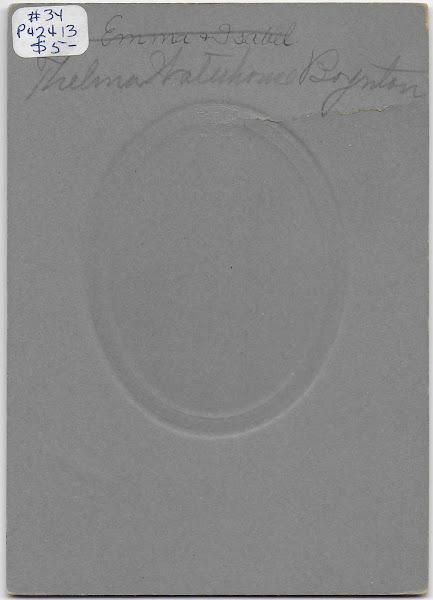 There was a Thelma Waterhouse born in 1890, but the lady in the photograph was  an adult, and cabinet cards were starting to go out of style at the end of the 1890s. Some studios, however, did produce them, even as late as the 1930s.
Thelma Eugenia (Waterhouse) Boynton (1890-1934), born in Poland, Maine, the daughter of Almon Waterhouse and Georgia Myra (Brackett) Waterhouse and wife of Herschel Pillsbury Boynton.  By 1920, Thelma was living in Kingfield, Maine, and waitressing in a hotel. In 1930 at Kingfield, she married Hershel, who would outlive her by nearly 50 years.
If you have a theory as to the identities of Thelma Waterhouse Boynton, Emma and/or Isabel, please leave a comment for the benefit of other researchers.
Posted by Pam Beveridge at 7:53 AM