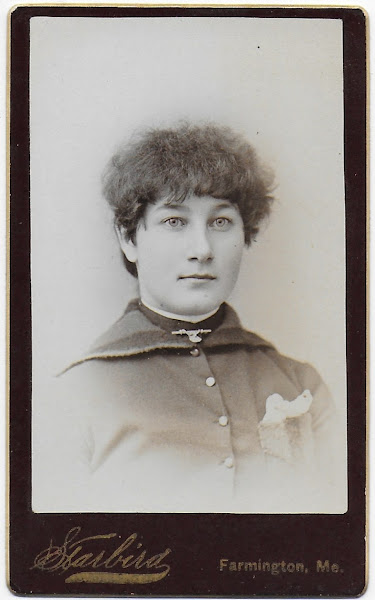 Carte de Visite of a young woman identified on the reverse as Edith Stanley of Pittston, Maine.  The photograph was taken at the Starbird studio in Farmington, Maine, where Edith was in the Class of 1885 at Farmington State Normal School.
The CDV was found with two others, at least one if not both, also students at Farmington State Normal School in the Class of 1885: 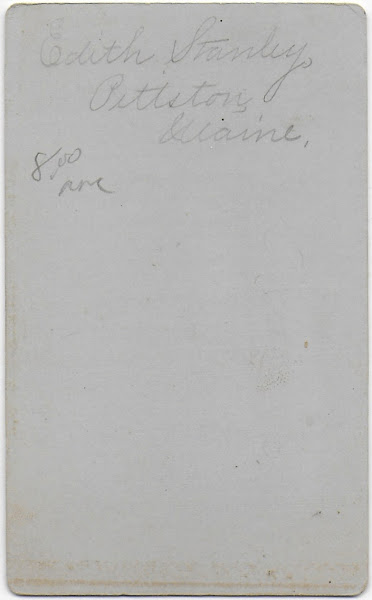 Edith J. Stanley was the daughter of George W. Stanley and Julia Ann (Steeves) Stanley.  After teaching in Maine and working as a bookkeeper in Lynn, Massachusetts, Edith married engineer George H. Marr about 1888. They lived in Waterville, Maine and were active in civic life.
If you have corrections and/or information to share, please leave a comment for the benefit of other researchers.
Posted by Pam Beveridge at 2:38 PM