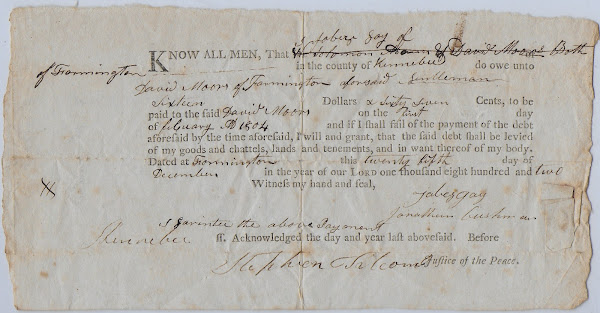 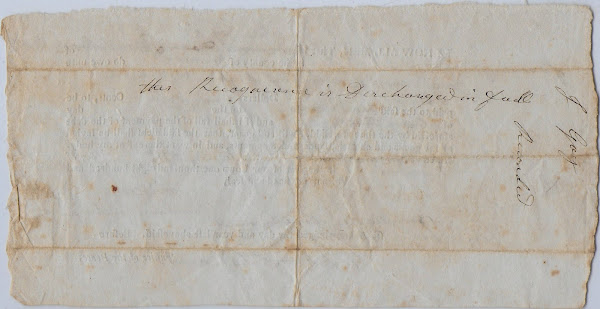 Jabez Gay - presumably Jabez Gay (1770-1852), delegate to 1819 convention to form a constitution for Maine and was first representative for Farmington in 1820 in the new State of Maine
David Moors - presumably David Moors (1767-1815), who came to Farmington in 1899 from Groton, Massachusetts; opened a store. Shown as a plaintiff in many court actions.
Jonathan Cushman - presumably Capt. Jonathan Cushman (1754-1834), former mariner, Farmington farmer, Overseer of the Poor
Stephen Titcomb, Justice of the Peace - presumably Stephen Titcomb (1752-1847), came to the area about 1776.
If you have information to share on any of the men mentioned above, please leave a comment for the benefit of other researchers.
Posted by Pam Beveridge at 9:08 AM