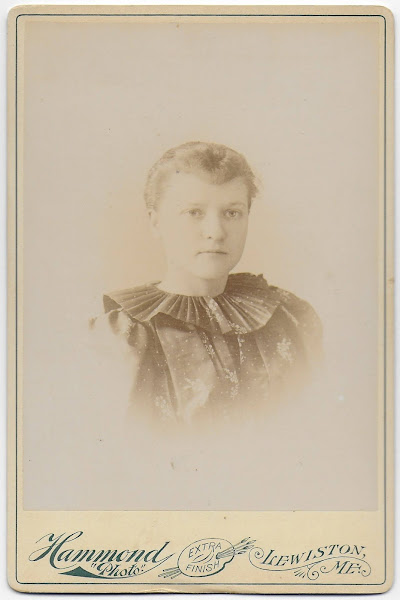 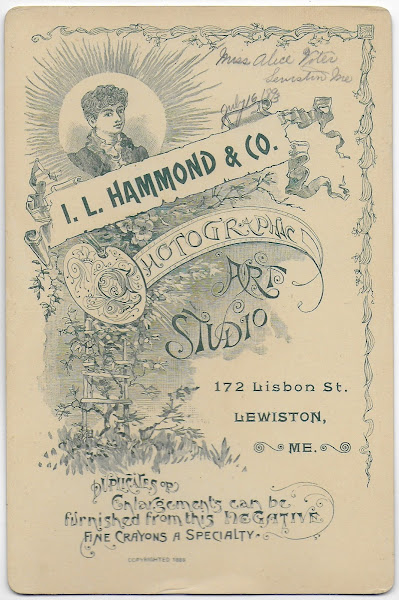 She was presumably Alice Ionia Voter (1873-1973), daughter of Warren Sylvester Voter (1845-1921) and Lucia Victoria (Light) Voter (1849-1887), who were natives of Franklin County, Maine, and Waldo County, Maine, respectively. On  the record of Alice's marriage with Nathan Rideout Smith (1872-1924) on August 25, 1897 at Richmond, Maine, she gave her  place of birth as Lewiston, Maine, and her occupation as teacher.
Nathan was a native of St. Albans, Maine and a graduate of Bates College, Class of 1895.  He taught school in Maine and Massachusetts.
In 1900 Alice and Nathan were living in Lincoln, Maine, where both were teaching school. By 1910, they had moved to Ware, Massachusetts, where Nathan was teaching at a high school and Alice and her widowed father, Warren Sylvester Voter, were at home. By 1920, Nathan was still teaching school and the others in the household were Alice and her father Warren and Nathan's widowed mother Lucinda.
Nathan died in 1924, and Alice, who reached nearly the century mark, stayed in Ware for the rest of her life.
If you have corrections and/or information to share on any of these people, please leave a comment for the benefit of other researchers.
Posted by Pam Beveridge at 8:25 AM