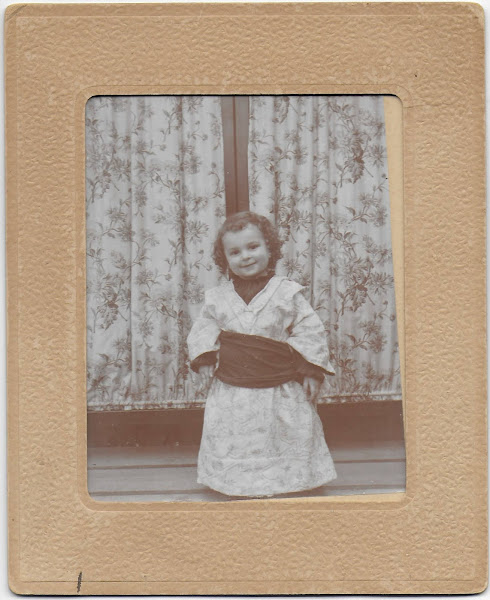 Late 19th or early 20th century photograph of a young boy identified on the reverse as Gardner Nickerson. He appears to be wearing a costume, perhaps Japanese. 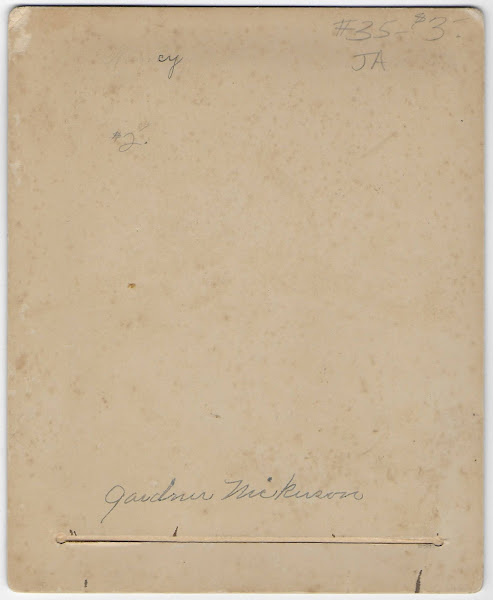 There were several men in eastern Massachusetts, with the surname Nickerson and the first or middle name Gardiner.
The boy may have been Gardner Hall Nickerson (1893-1963), a native of Boston, Massachusetts, and son of Arthur Winston Nickerson and Hattie B. (Hall) Nickerson, natives of Massachusetts and Maine, respectively.
Perhaps a reader knows of a Gardiner Nickerson whose parents traveled to Japan or some other place in the Far East, perhaps for business or religious reasons or perhaps on vacation.
Posted by Pam Beveridge at 5:53 AM