Cabinet photograph of young woman IDed as Elizabeth Jones of Chelsea, Massachusetts; by the Hearn studio of Boston and OOB, Maine 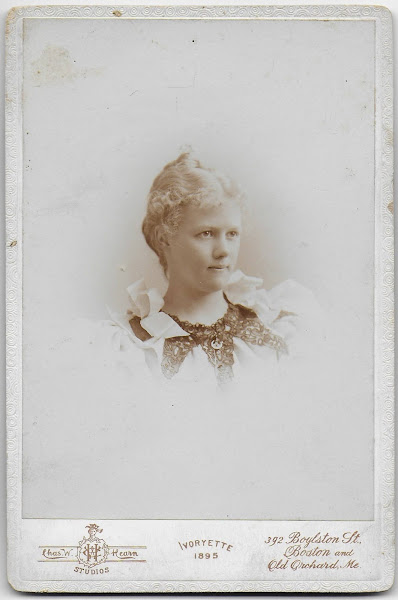 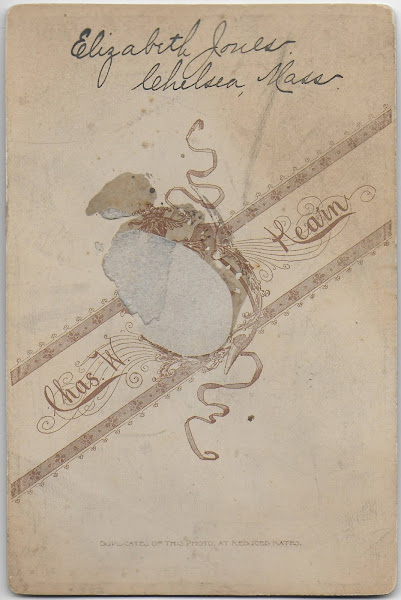 It's hard to pin Elizabeth Jones down, since there are several different instances of a woman of her era in Chelsea, Massachusetts.
Hopefully, a reader will recognize her from family photographs and/or research and provide her identity in a comment, for the benefit of other researchers.
Posted by Pam Beveridge at 11:59 AM