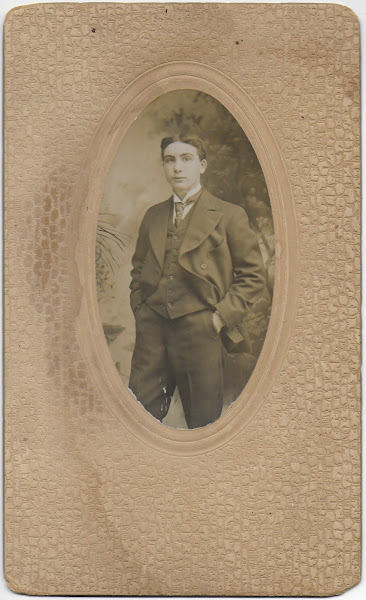 Photograph of a young man identified on the reverse as Colin MacNichol.
The reverse mentions: "Gave to me in 1920".
No studio imprint to give an idea of locale, but it's possible he was from the MacNichol family in Washington County, Maine and Charlotte County, New Brunswick. 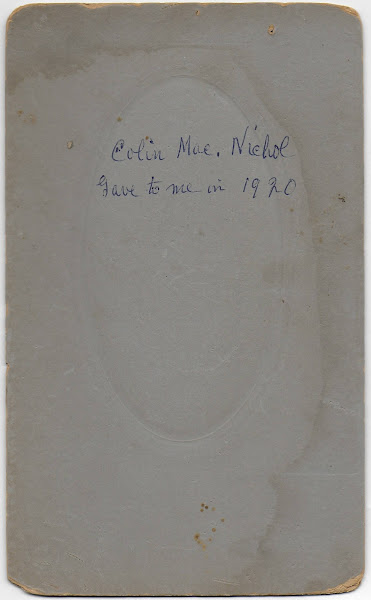 Possibly James Colin MacNichol (1886-1960), if he went by "Colin", at least when he was younger.  This man was born in Eastport, Maine, the son of Avery Alexander MacNichol and Margaret (O'Brien) MacNichol. This Colin would move to New York and would marry Nancy Nicholls.

Although the photograph seems to have come from a later era, another possibility for Colin might have been Colin MacNichol (abt 1848-1913), a Customs officer in Eastport, Maine.  This Colin was born in Mascarene, New Brunswick, the son of John MacNichol and Jane (McDiarmid) MacNichol.  Colin married Abby Davis about 1894.
If you have a theory as to the identity of the Colin MacNichol pictured, please leave a comment for the benefit of other researchers.
Posted by Pam Beveridge at 2:40 PM