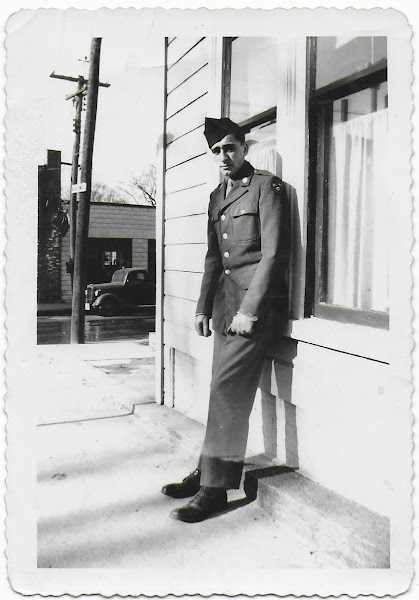 January 1944 snapshot of Gardner Peatfield, "Went overseas soon after. In the tanks". 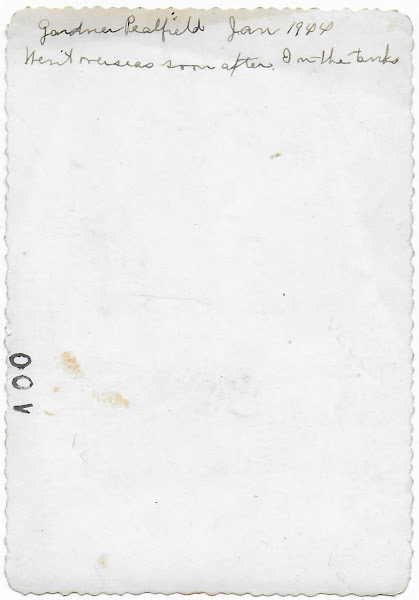 Gardner Peatfield (1925-1999) was an Ipswich, Massachusetts, native, who served in World War II from 1943 to 1945. After the war he worked as a lineman for Ipswich Municipal Water and Light.
He was the son of Lawrence Benjamin Peatfield and Stella Sophia (Bampton) Peatfield. Lawrence was electrocuted on the job when Gardner was under the age of two. Gardner's mother must have been worried when her son decided to follow in his father's footsteps.
In 1957 Gardner married Eleanor May Stone, also an Ipswich native.
If you have information to share, keeping in mind the privacy of living or recently deceased people, please leave a comment for the benefit of other researchers.
Posted by Pam Beveridge at 1:17 PM