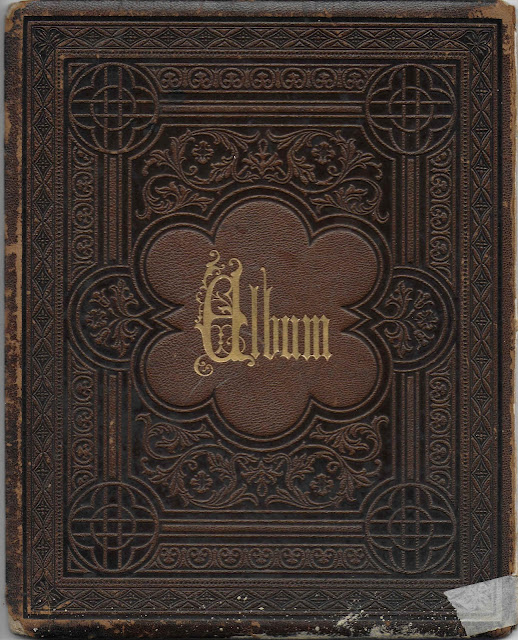 Large autograph album that belonged to Charlotte Lansing Van Schoonhoven (1843-1930), "Lottie", of Troy, New York.  Her FindaGrave memorial has "Lansing" in italics as if it were her maiden name, but I believe it was her middle name, after her mother's maiden name, and that Charlotte never married.

On the page, with an enlargement of the inscription, shown below, is the name "Lottie V. S." in the upper right corner. The album, which measures nearly 10" by 8" and was published by Leavitt & Allen of New York, contains the sentiments of eleven of Lottie's relatives and friends.  See an alphabetical list at the end of this post. 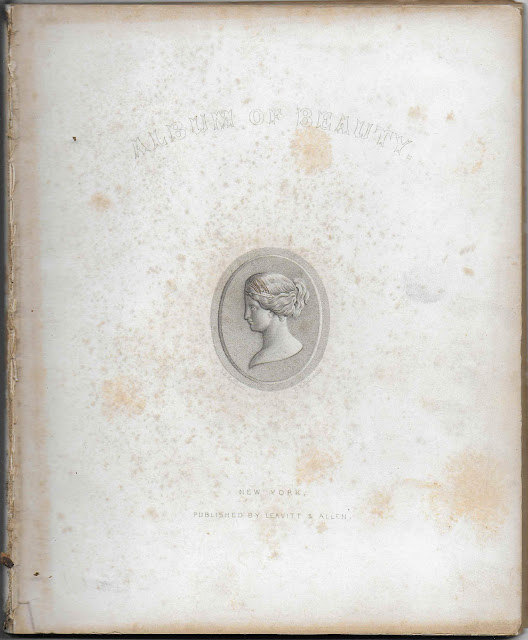 Also in the album is a page with a lovely papercut design.  Throughout the album, several pages are missing; they, perhaps, contained other paper designs.  Luckily, the page below escaped a similar fate. 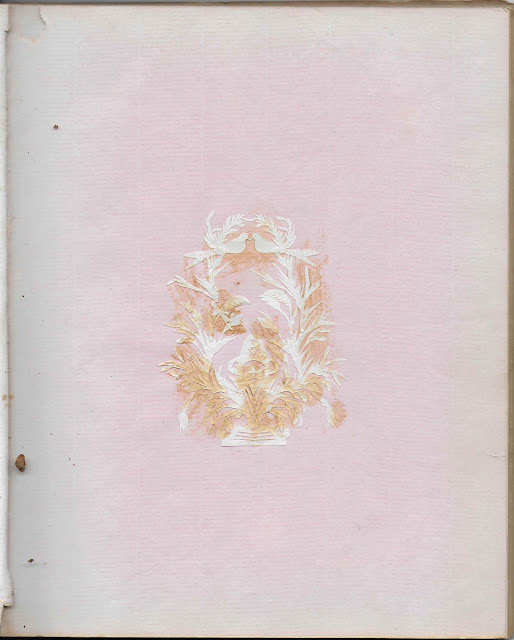 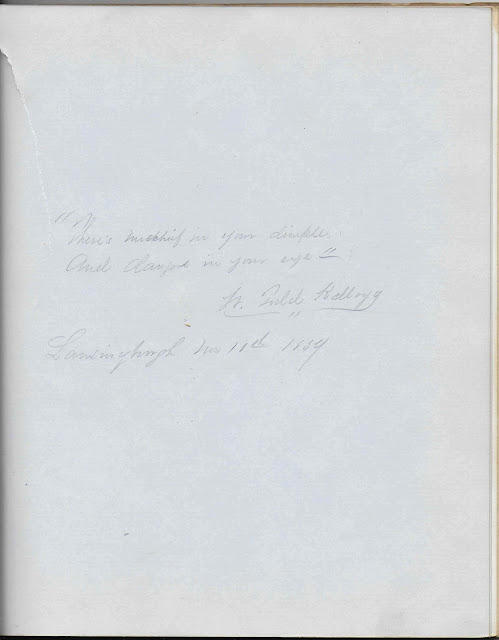 Warren Todd Kellogg, inscribed at Lansingburgh on November 10, 1859.  Lansingburgh is a village in the city of Troy, New York.