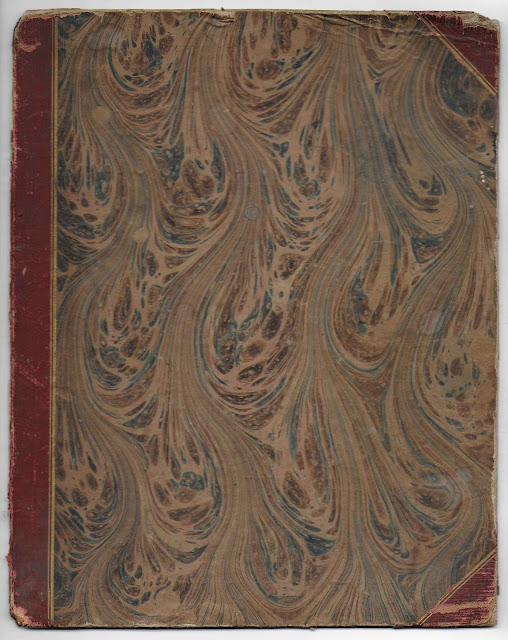 Oversized 1830s/1840s autograph album of Fanny, who, judging from many of the inscriptions, lived in New York, presumably in either Sangerfield or Greene.

The album contains the sentiments of 72 of Fanny's friends and at least one teacher.  Sadly, almost twenty of the inscribers used initials or "Friend" or "Anonymous", though the latter might have been copied by Fanny herself.

In a nice touch for family historians, Fanny made notations on many of the pages to note the inscribers' married surnames and a few deaths.  An alphabetical surname list and an alphabetical list of the inscribers, together with any personal information they offered, appear later in this post.

"The Young Lady's Remembrancer", with marbleized covers, measures approximately 10" by 8" and was printed in Utica, New York, by William Williams, Bookseller, at No. 60, Genesee Street. 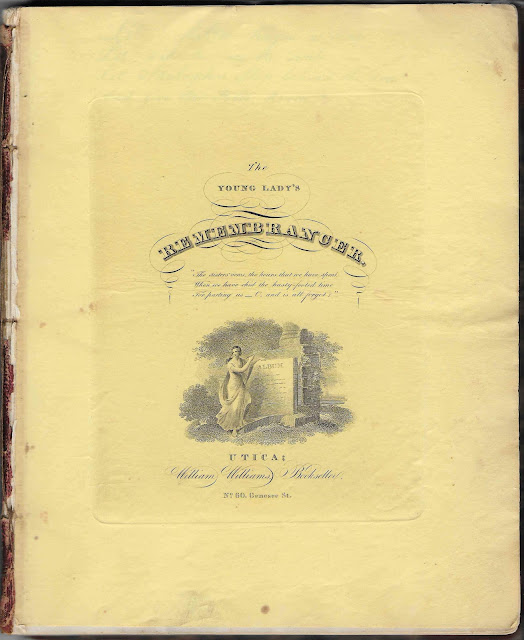 
If you have a theory as to Fanny's identity or information on any of the people mentioned below, please leave a comment or contact me directly.

As a sample, Cornelius Van Gasbeck - or variant, as his name appears to have been penciled in by Fanny herself - inscribed a two-page sentiment.  If you can identify which Cornelius he might have been, please advise. 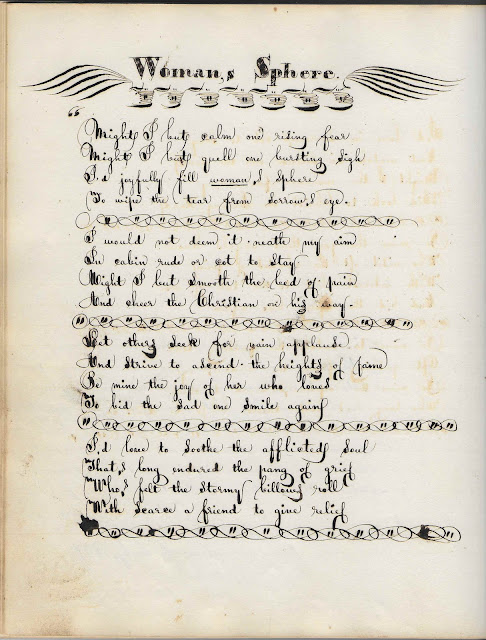 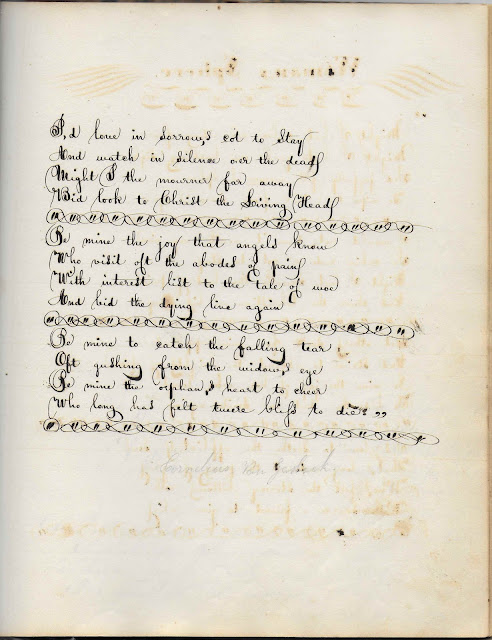