1893 Journal of an Opera House, possibly in Maine or New Brunswick 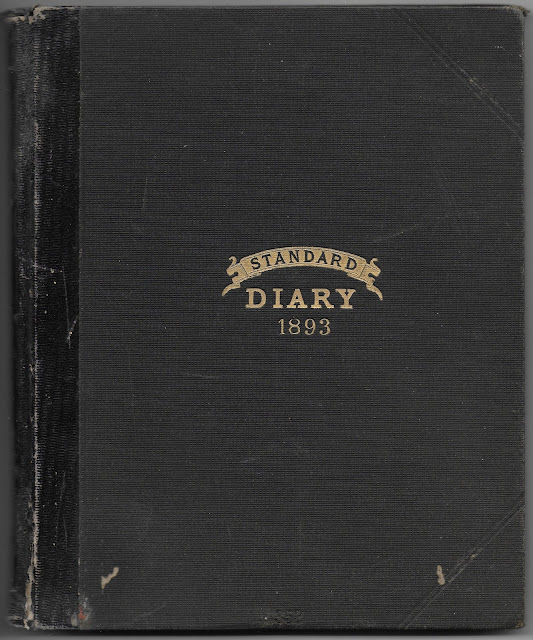 1893 journal that recorded talent bookings and expenses for what appears to be an opera house, possibly in Maine or New Brunswick.

There are no direct clues in the journal to the locale, other than names and the fact several of the performers happened to be appearing in Maine and/or New Brunswick close to the date of their booking.  For example: 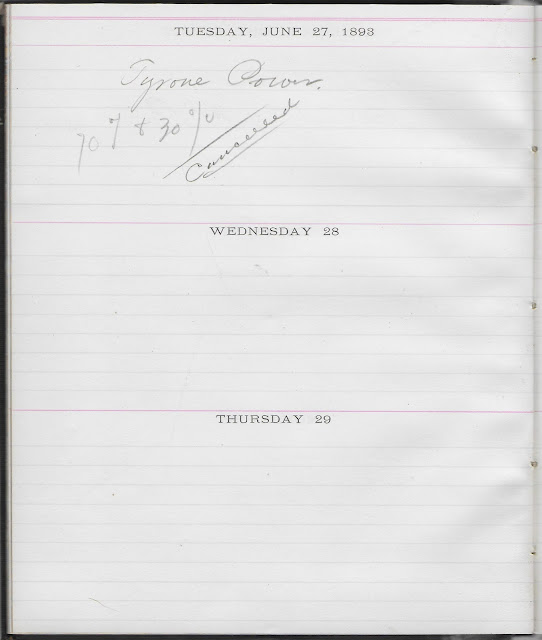 Fifty Years in Theatrical Management, written by Michael Bennett Leavitt and published in 1912, contains information on several of the touring companies and performers mentioned in the journal.

The bookings reflect the touring acts of the era, including: 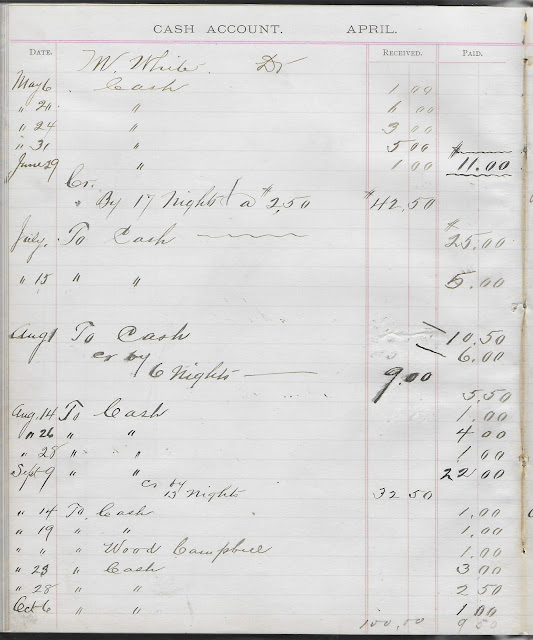 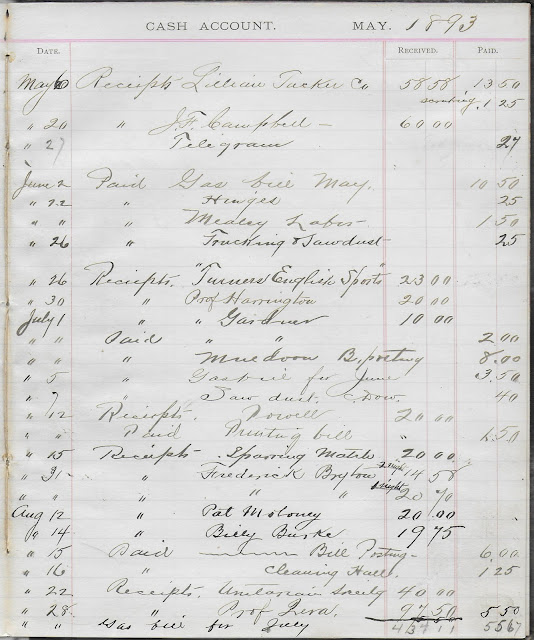 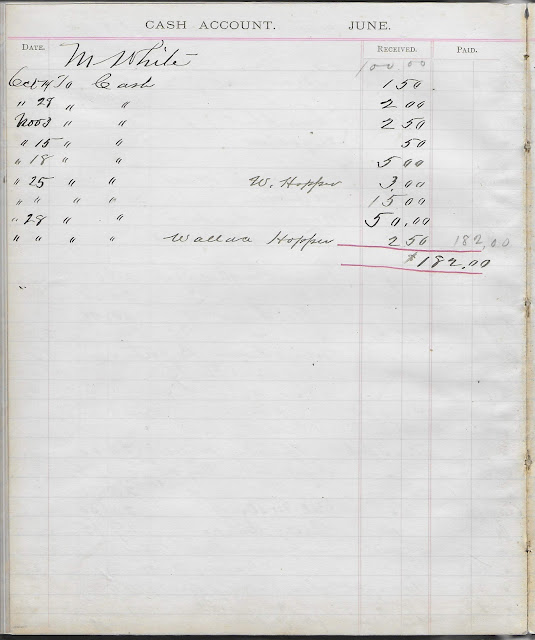 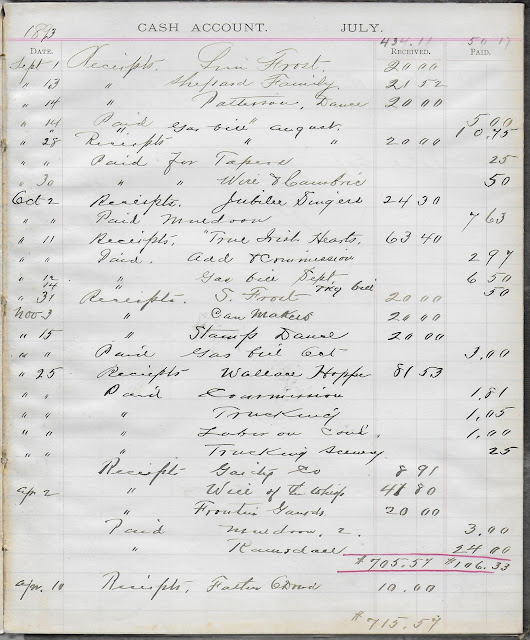 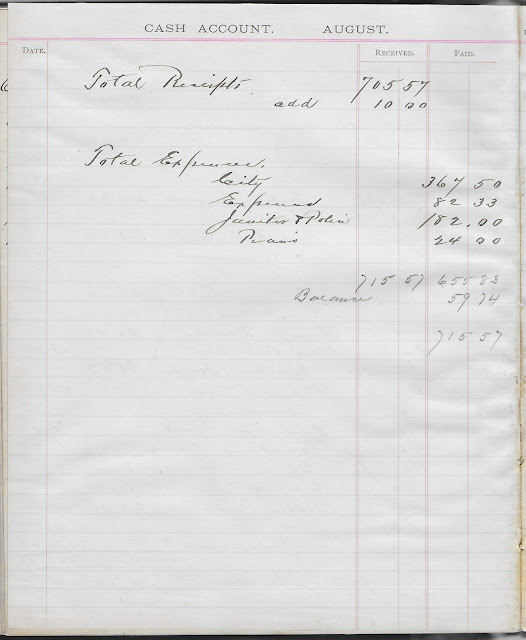 If you have  theory as to what opera house this might be, or if you have information on any of the people mentioned below, please leave a comment or contact me directly.

Names mentioned in the Journal, in order - although some appear multiple times throughout the journal: